Difference between Male and Female Cats
By Theydiffer - June 6, 2016

When thinking of owning a pet cat, there are factors to consider, one being the choice of getting a male or female cat. You might think that there are probably few to no differences, but keep on reading and you might be surprised.

Also known as ‘tomcats’, male cats are more outgoing than their female counterparts. They wander around more, they are restless, spray urine, and they are even more aggressive towards other cats, and even people. Cats being cats, they still mark their territories like any other cats. Their claimed territory however, is often 10 times larger than that of female cats. They do this by spraying urine, by defecation, or even with secretions from facial glands.

Neutered male cats, on the other hand, are said to act a little differently from those who are still intact. According to studies, neutered male cats live twice as long as intact males. They are also generally found to be friendlier, more affectionate, more attached to their owners, and they tend to wander less. These characteristics however are not 100% accurate, since behaviors and personalities are also affected by  environment.

Note: Size and weight will vary according to breed. 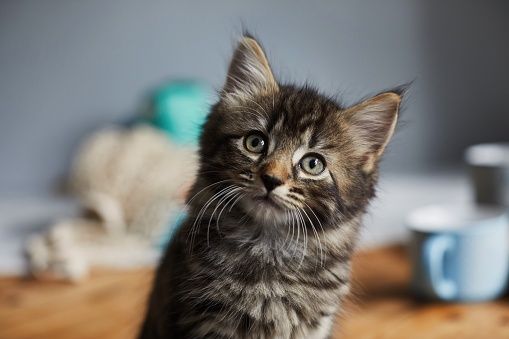 Also known as ‘queens’, female cats are said to be more laid back. When in heat, they are expressive through excessive vocalization, and are attention seekers; they can be very protective and aggressive when they have kittens. Unlike male cats, female cats go into heat from around six months of age and this will recur about every two weeks, lasting for about 4 to 7 days. They will often try to escape or wander around looking for a mate during this time.

Spayed female cats, on the other hand, are said to be more independent, but will still stay closer to home. As with male cats, they are also less aggressive and more affectionate. According to studies, spayed female cats also live not ‘twice’ as long as long, like male cats, but 62% longer.

What’s the difference between male and female cats? Some people say that differences can be seen when the cats are neutered or spayed. That may be true, but considering that cats’ distinct behaviors come from their sex drive, you’ll see most differences when cats are unaltered.

For the unaltered cats, males tend to be more restless than female cats. They wander around and mark their territories. They are also most likely to get into fights with other cats. Female cats on the other hand go into heat. At this period of time, they express themselves through excessive vocalization.  They will also seek your attention more often and may be aggressive towards other cats, but this is more likely when they are  having kittens.

For the neutered or spayed cats, there isn’t much difference, but it is said that male cats are friendlier in general. They are also said to be more affectionate than female cats, which are reported to be more independent.

Needless to say, behaviors and personalities differ as to how the cats are raised. The sexes of the cats may be a factor, but there are other things that will affect a cat’s behavior and personality as well, like the breed of the cat, their environment, and interactions during their early life, just to name a few.