Difference Between Naan and Pita Bread
By Claire Miles - June 26, 2022

Both Pita Bread and Naan are very popular flatbreads, but what makes one different from the other? It is a consensus that humankind struck gold with the invention of bread. The belief is that Flatbreads happen to be the first kind of bread- were favorites in numerous cultures and civilizations, some of which no longer exist. Centuries later, both humanity and bread have evolved with the birth of industrialization and proliferation of techniques, yet Flatbreads are still staples in many societies. 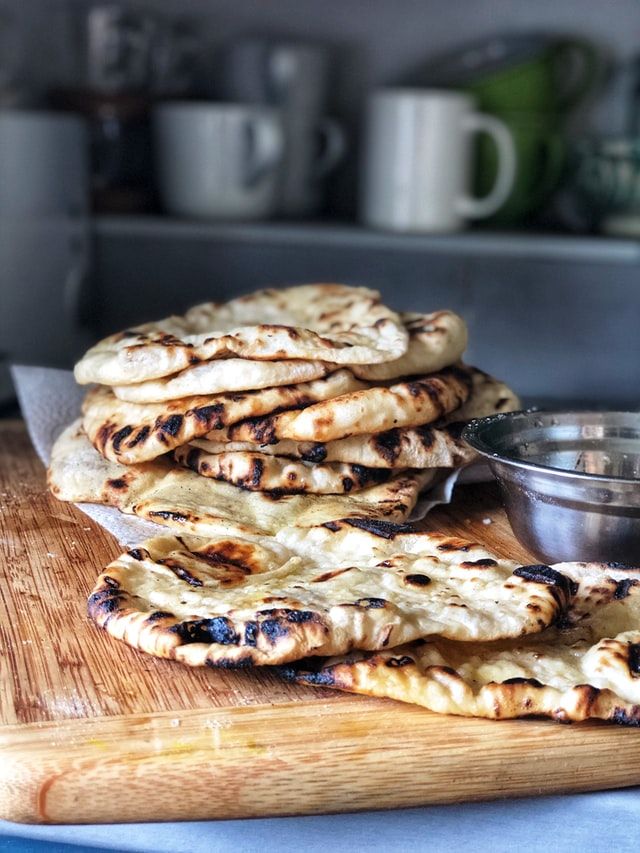 Naan is a flatbread with origins in Southern Asia and is commonly associated with India. It is served as an accompaniment with sauces and gravies and can even be stuffed with bits of meat and other small foods or scented with fragrances like rosewater. Naan is reported to have been one of the culinary handouts of Ancient Persia.

The name Pita is of Grecian origins. Pita bread is a flat and almost perfectly round bread with roots stretching from the Middle East to Asia, Africa, and the Mediterranean. Pita bread commonly comes with pockets in them for stuffing.

Both Naan and Pita bread are prevalent types of flatbread, and unlike most other flatbreads, they tend to have yeast in them. But that is about it. Traditionally, and for the best results, the preparation of Naan occurs in a clay oven known as a tandoor. You can easily make Pita bread in various ovens and get the same results. Another difference lies in the shapes. Naan has an oval shape, much like a teardrop, while Pita is round. Pita also has way fewer ingredients, while Naan dough is mixed with many ingredients, including yogurt, cheese, coconut, and spices for taste. An immediate giveaway of both pieces of bread is the air pockets. Naan air pockets are uneven and show on their surface. Pita bread air pockets tend to form pouches that carry fillings well without crumbling.