Difference Between Ostriches and Emus
By Andrew Parker - December 11, 2022

Emus and ostriches are both flightless birds of the ratite family, a family of flightless, cursorial birds with no keel on the sternum (breast bone) and no interlining feather structure. The rhea, cassowary, and kiwi are also members. However, because they have the same wide eyes, bald heads, and long, thin necks and legs, these two are frequently confused for each other. 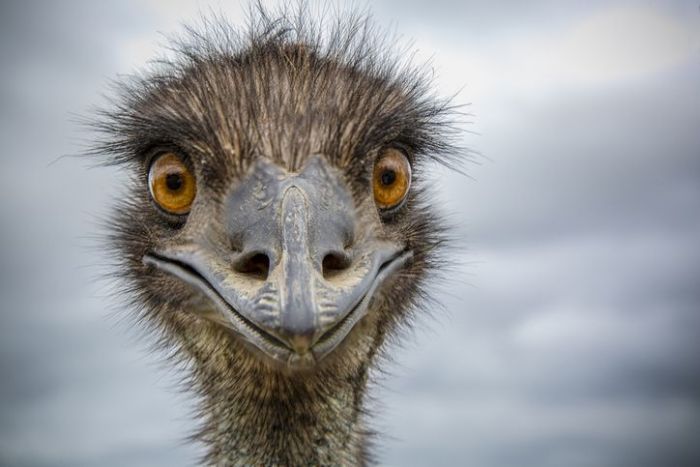 Ostriches are enormous flightless birds in the order Struthioniformes, which is part of the infra-class Palaeognathae. The ostrich has two extant species: the common ostrich and the Somali ostrich. They are endemic to Africa and the Arabian Peninsula, although they were found as far east as Mongolia centuries ago.

The emu (Dromaius novaehollandiae) is Australia’s second biggest living bird, at more than 1.5 meters (5 feet) tall. The emu is the only extant member of the order Casuariiformes’ family Dromaiidae (or Dromiceiidae), which also contains the cassowary.

Ostriches can grow up to 9 feet tall, but emus may grow up to 7 feet tall. They’re around three times the size of an emu and weigh between 220 and 265 pounds. Emus have three toes on their feet. However, ostriches have two toes with long tendons that allow them to sprint at nearly 45 mph, although emus often peak at 30 mph. Finally, the emu, endemic to Australia, is frequently seen to be gentler toward humans than the ostrich, the surviving species of which only exist in Africa and the Arabian Peninsula.
There is also a difference in nutrition: while emus are generally omnivores, grazing on plants and invertebrates such as spiders and scorpions, ostriches develop a strictly herbivorous diet (though they may eat insects).
Emus do not live as long as Ostriches. The oldest known emu lived for 38 years. Ostriches, on the other hand, can live for 30-50 years. In captivity, some ostriches live for over 60 years.