Difference Between Pangolins and Anteaters
By Laura Lee - August 23, 2022

Because of their common names, pangolins and anteaters are sometimes mistaken for one another. Pangolins are frequently referred to as “scaly anteaters,” a moniker that makes it sounds very similar to the real anteater. Another similarity is that both creatures share a diet of insects like ants and termites. However, they are not as closely related as some people believe. 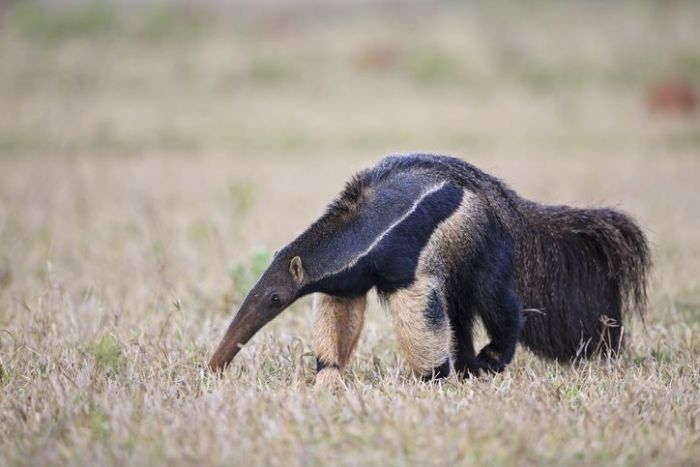 Pangolins are mammals of the order Pholidota. The Manidae, the only extant family, consists of three genera: Manis, Phataginus, and Smuts. Manis has four species found in Asia, whereas Phataginus and Smutsia have two species in Sub-Saharan Africa. Pangolin species range in size from 30 to 100 cm (12 to 39 in) and have enormous, protective keratin scales covering their skin (similar in substance to fingernails and toenails). They are the only animals known to have this characteristic.

Anteater is a popular name for the four existing Vermilingua mammal species. Except for the Pygmy anteater, which is only around 14 inches long, the species is usually between three to five feet long. The term “anteater” sometimes refers to unrelated species such as aardvarks, numbats, echidnas, and pangolins.

Pangolins are easily recognizable by their scaly, keratinized shell, which is a characteristic Anteaters do not share. Pangolins rely on their offensive smell attacks and their shells for protection by curling into a ball when threatened. Anteaters, on the other hand, are fierce animals with massive digging claws for fighting off attacks. Anteaters also can stand on their hind legs, a behavior that is exhibited to warn off likely threats. The two animals also inhabit different corners of the earth. Pangolins are found in some parts of Africa and Asia, but the anteater is a New World species. Anteaters can be found only in Central and South America.