When distinguishing between pies and tarts, the two sweet treats have a startling resemblance. They’re produced in the same way in a circular dish, have the same appearance, and even taste the same. This article will assist you if you find it difficult to distinguish between the two. Continue reading to learn more about pies and tarts and the differences between them. 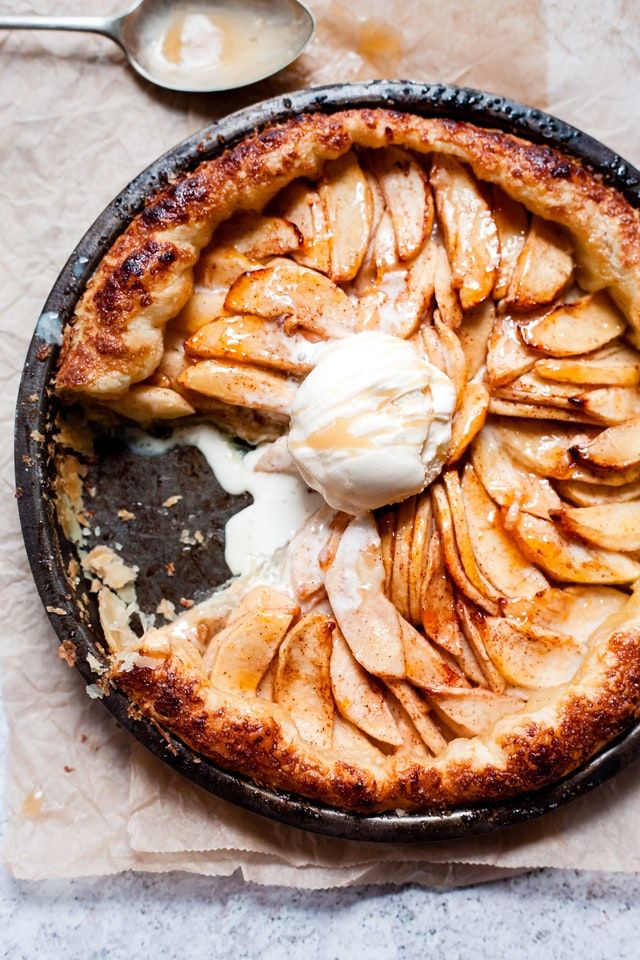 A pie is a baked item with a crust and a filling that can be sweet or savory. A pie dish’s or pan’s sides are slanted. It might have a bottom crust, a top crust, or both bottom and top crusts. A traditional pie crust is created with flour, salt, cold water, and lard (or shortening). However, many pie crust recipes call for fats, such as butter, lard, vegetable shortening, or just butter.

A tart is a sweet or savory dessert with only a bottom crust and shallow edges. Pastry dough (flour, unsalted butter, cold water, and occasionally sugar) makes tart crusts. Tarts are baked in a removable-bottom pan or pastry ring on top of a baking sheet that can be unmolded before eating.

The fundamental distinction between pies and tarts is that pies have an upper crust, whereas tarts do not. While pies appear covered on all sides, tarts are open from the top, allowing you to glimpse the filling. Also, while pies have a thin, silky crust, tarts have a thick, crumbly crust that crumbles when the tart is cut into pieces. Pies are served in the same dish they were prepared, whereas tarts are frequently removed and reshaped if necessary. Finally, pies are harder because of the crust layers at the top and bottom, whereas tarts are more delicate.