Difference between Pork Roast and Pork Tenderloin
By Theydiffer - February 22, 2016

Pork Roast and Pork Tenderloin are both considered quality pieces of meat, but due to the differences between them, they cannot be substituted for each other. In this article we will examine what these differences are. 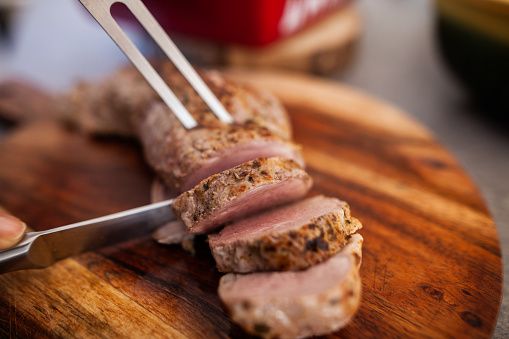 Pork roast makes a delicious and healthy meal. There are various types of park roasts, which include the pork shoulder roast and pork sirloin roast, pork loin center rib roast, pork loin roast center cut, pork loin rib half, and many more. Each of these refers to the specific area in the pig the meat is taken from. 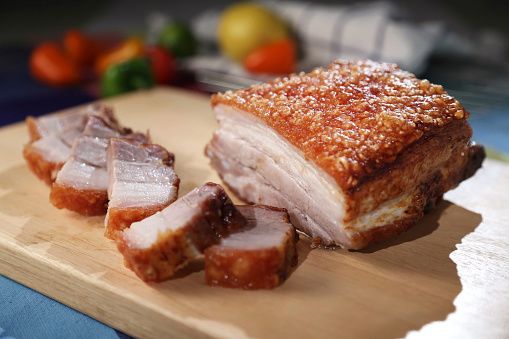 Pork tenderloin (also known as pork fillet) is a cut of pork meat which is taken from a muscle of the part of the pig which runs alongside the backbone and is considered the tenderest cut. The reason for its tenderness is in the physiology of the pig – they do not use these muscles for locomotion.

Pork tenderloin is served in restaurants all over the world and is also sold prepackaged in stores. It is considered a delicious meal, as tender and tasty as beef tenderloin. Owing to lower costs, pork tenderloin is more popular among the two.

In the United States, there are various traditions of serving pork tenderloin. For example, in Georgia and Louisiana, it is often cooked as a breakfast biscuit with egg or cheese on top. In Indiana, there is a  traditional pork tenderloin sandwich, which is usually thoroughly fried and put into a sandwich bun.

What is the difference between Pork Roast and Pork Tenderloin?

The difference in location

While pork roast can be taken from various areas of the body of a pig, and in practice is mostly taken from the back, pork tenderloin is taken from the muscle known as the psoas major muscle, which is situated along the central spine portion, and is ventral to the lumbar vertebrae of the pig.

The difference in texture, structure and taste

While pork roast can be either bone-in or boneless, pork tenderloin is a pure meat – it never contains any bones. This, along with the relaxed nature of the muscle, gives the latter more of a tender texture and a purer taste, hence its name. Pork tenderloin also doesn’t contain a typical fat layer which is present in chunks of pork roast. The flavor of pork roast can vary from piece to piece, but it is in general rather mildly flavored. Pork tenderloin, on the other hand, is a meat of the most delicate flavor.

The difference in size

Due to the size of the original muscle it is taken from, pork tenderloin is usually no more and no less than one pound in weight. Pork roast, on the other hand, is usually sold in larger pieces; its weight varies from 2 to 5 pounds.

The difference in price

Pork roast is one of the cheapest meat cuts on the world market. On the other hand, pork tenderloin is a more intricate and delicious piece of meat, hence the price for it is higher.

The difference in the preferred cooking method

Tenderloin has to have its tough skin removed before preparing. It can be quickly cooked with a grill, and also can be seared or roasted. It is easy to overcook tenderloin, so it requires attention while cooking.

The easy and reliable way to prepare pork roast is to grill it over medium heat or to sear it and then slow roast it in the oven. It is important not to overcook it.