Difference between Power and Influence
By Theydiffer - November 30, 2015

Being a leader and persuading others is no easy job; some people can make others do their bidding happily while for others it takes a lot of time and even some coercion. Making others do something requires a lot of organizational strategies and planning. Whether they are parents, teachers, bosses or heads of state, they all employ some tactics to get things done by their subordinates and their juniors and use various means of persuasion. Getting people to do things through influence, rather than power, suggests a softer approach, one based on more of an emotional appeal than an authoritative one.

Power and influence are also some of the oldest yet the most practical means to control others, get things done the right way and to achieve the desired results. 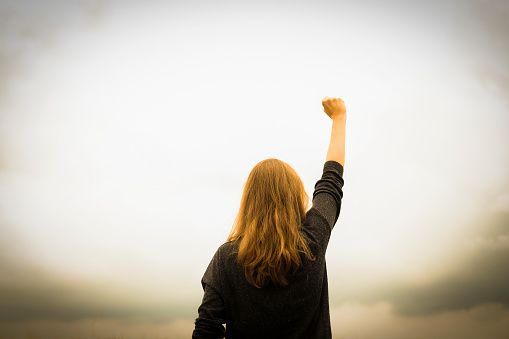 Power can be best defined as the potential or the ability to influence decisions and control resources. Power gives the authority to change the behavior of others and make them do things that they might not do otherwise.

Power can also involve force or coercion as it can carry physical sanctions that can be applied when needed. When anyone exercises power over a person or a group, there is no alternative for them, except to comply with it. Power can also evoke fear and it can be exerted to get things done by others which they might not be so willing to do.

Influence can be described as the ability to alter others people’s perception of any situation. It is more about creating such an impact on others so that it affects the way they think or do things, and makes them do what the other person wants them to do. Influence has some resemblance to power but it relies on subtle tactics and careful handling of the situation where the person being influenced does not have to be forced and becomes compliant just with the use of the right words and strategies.

Power is only yielded by powerful people like heads of state, government officials, kings, teachers and parents who hold enough authority and control over others to subjugate them to their wishes and commands. On the other hand, an actor or a music instructor might have enough influence on their students to make them choose acting or music as their profession just because they have the ability to change or direct the viewpoint or inclinations of their students.

The biggest difference between power and influence is that power can push people to do their tasks but influence helps them understand why they need to do it, as there is an emotional factor attached to it. One can only yield power with the help of money or position but one can have influence with just the right words and actions to accompany one’s words.

There are many people who have the power and the control and can make others do what they want but do not have the influence to affect their thoughts and ideas. On the other, there are people who have no position or power but have the ability to influence people very effectively. This differentiates power and influence; while power might make people do things, they may do it out of fear as they have no other choice, but influence is psychological, persuasive and voluntary and it makes people respond positively to what they are being asked to do.