Difference between Ragweed and Goldenrod
By Theydiffer - June 14, 2015

For many, summer is looked forward to all year – sunshine, warmth, and prime vacation season all seem like good reasons to celebrate. However, for many others, the approach of summer also means that the allergy season is upon us. Thus, any information and reminders are welcome to soothe any of us who suffer their way through it. One of such reminders is to remember the difference between goldenrod, a wildflower, and ragweed, whose pollen affects many who suffer from allergies, asthma, or other similar lung issues.

Ragweed is a weed that’s among the biggest culprits of the allergy season, although it usually doesn’t begin to affect people until the late summer. Like some of its colleagues, ragweed’s pollen is to blame for causing its misery. Ragweed plants are mostly found in rural areas, although they can find their way into urban areas as well. 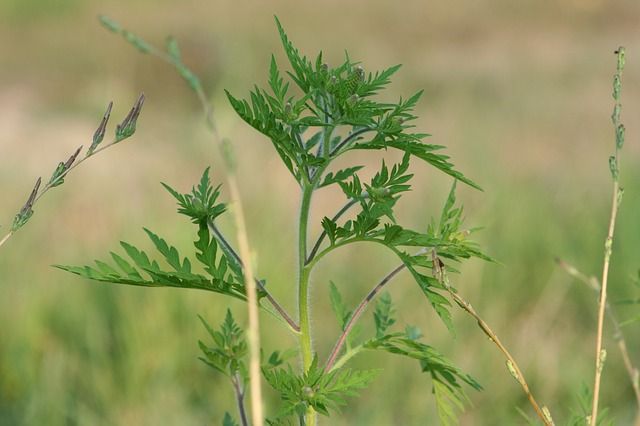 Goldenrod is a wildflower that is used in teas, as a garnish, and as a natural healing remedy. Taken steadily, goldenrod can be used as a remedy for pain and swelling. Gout, arthritis, asthma, muscle spasms, or other afflictions that benefit from an anti-inflammatory agent are good indications of who might benefit from taking goldenrod. Goldenrod also increases the amount of urine your body produces, so some pair it with an increased fluid intake to remedy infections in the urinary tract or kidney stones.

So what is the difference between ragweed and goldenrod? To answer that, let’s compare their appearance and purposes: