Would you pick a dog over the color of its nose? Ever been told a red nose pit bull is a different breed of dog on its own? Let’s look at the facts. 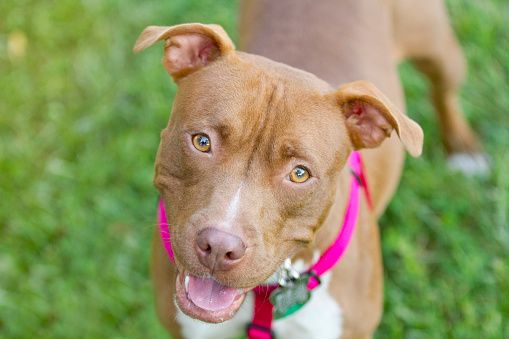 The red nose pit bull belongs to the American pit bull terrier dog breed, or ATPB. These are medium-sized, short-haired dogs with strong, muscular bodies. A member of the molosser breed, the red nose pit bull originally came from a breed of Irish pit dogs (known as Old Family) closely inbred with other dog groups of the same breed. The resulting stock were called “Irish Old Family Reds” due to their recessive red traits. This means red nose pit bulls started in Ireland and were eventually brought to America.

Various strains were crossbred with the Old Family Reds which resulted to the American pit bull terrier breed. No matter what the strain was, a red-nosed pup will always come up. Dog owners would still call it a red-nosed pit bull even if it did come from a different strain. This confirms the fact that red nosed pit bulls are a not a separate breed of pit bulls, just as the blue nose pit bull isn’t.

It only makes good sense that Old Family Reds will produce more of the desired red-nosed ones, thus becoming more sought after since the red nosed pit bull was known for its alertness and deep gameness (easily trained for fighting). True or not, it does not change the fact that it is still within the same APBT dog breed. 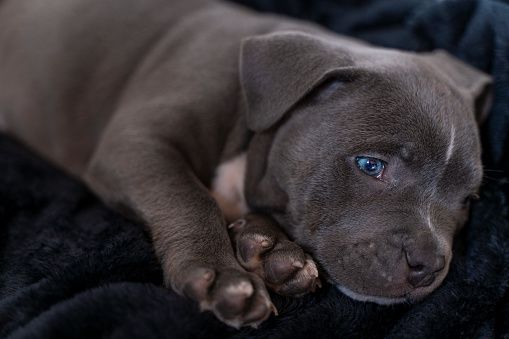 The blue nose pit bull comes from the same American pit bull terrier breed, and is bred the same way. Some dog owners prefer the unique blue color these pit bulls have simply because not all pit bulls have it. There are actually kennels that specifically breed blue nosed pit bulls.

Whatever the purpose, these kennels still produce non-blue nosed pups, including the red nose variety. It’s quite amusing that these kennels would consider them as blue nosed when they are clearly not. Moreover, to say that blue nose pit bulls are from a different breed or bloodline is completely false.

Evidently, the only difference between these two adorable and affectionate dogs is their nose color. They make for excellent companions at home and are well-known for their love of children and their friendly disposition even to strangers. In terms of physical attributes, the red nose and the blue nose pit bull have the same average height, weight and build. Pit bulls are very active dogs, very intelligent, and always eager to work and please their owners, traits both possess regardless of nose color.

The American pit bull terrier may have been bred and trained to be aggressive, fighting dogs in the past because of their strength and agility. They were conditioned into fighting with the defend-my-owner state of mind. The pit bull was called as such because they were used by bullfighters in the past to chase and be chased by bulls in the arena. Today, such inhumane practices carry stiff penalties.