Difference Between Rugby and American Football
By Claire Miles - August 11, 2022

Rugby and American football have existed for generations, yet there is a lingering argument about the better sport. Although there are no clear ways to determine this, it is easy to discuss how they differ despite sharing similarities. 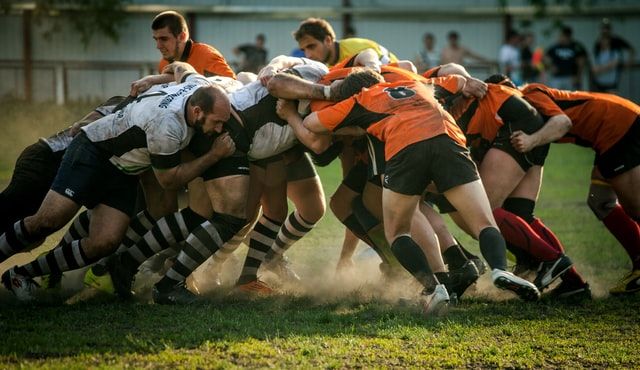 American Football, also known as gridiron, is a contact sport native to the United States and Canada that also came about in the 19th century but only became a professional spot in 1892.

Rugby, on the other hand, originated in England in the first half of the 19th century. This contact sport is played all around the world, not only in the continent where it was created.

American football came about three decades after the invention of Rugby and is a cross between Rugby and soccer that is only played in the United States and Canada. Rugby is not only the older sport but also the most widely played, with about 2 million registered players across 101 participating countries. Rugby is typically played by two teams of 15 players and allows for a maximum of 7 substitutions. Two teams of 11 players play football with no limit for substitutions. Rugby players are easily told apart by their outfits as Rugby players wear little to no protective gear and padding. At the same time, there are protective gears mandated for wear by American Footballers. There are also subtle differences between the balls used: a rugby ball is oval-shaped and smooth, and American footballs are smaller and pattern for an easier grip. American Football matches run for 60 minutes, split into four 15-minute sessions, and Rugby matches run for 80 minutes, split into two 40-minute sessions. The field of play for Rugby is 100metres long and 70metres wide, while the American Football pitch is 110 by 49metres. The two sports also operate on different rules of play regulated by different international bodies.