Difference between Salami and Pepperoni
By Theydiffer - September 6, 2015

When you’re at the deli, you might come across two kinds of meat: salami and pepperoni. What are the differences between them? This article will help explain. 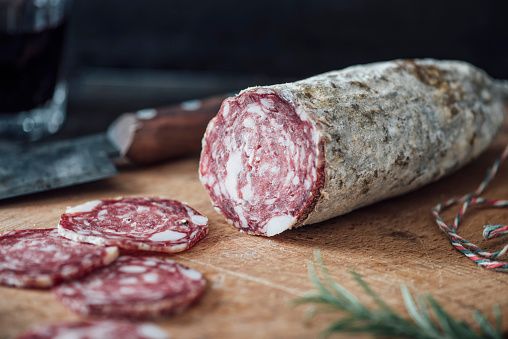 Salami, pictured above, is a type of cured sausage that originated in Italy, but is now popular across the entire world. Salami can be made from a variety of meats, such as beef or pork, and is often made with a variety of ingredients including garlic, salt, fat, and different herbs and spices. Salami is made by mixing ground meat with all of the other ingredients, stuffing the meat into edible casings, and then hanging up the uncured salami to cure. 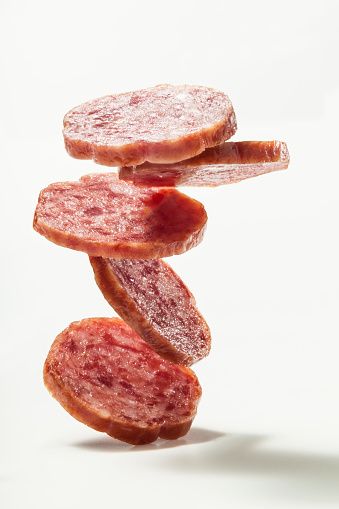 Pepperoni, pictured above, is a type of salami. Pepperoni is usually made from both pork and beef that is mashed together, and is popular in the United States. It is known as an American salami, though it has its origins in different kinds of spicy salami that are made in southern Italy.

What is the difference between salami and pepperoni? Really, both are the same thing to an extent. Pepperoni is a spicier variant of salami.