Difference between Shark and Dolphin
By Theydiffer - June 24, 2016

The Earth’s surface is covered by 71 percent of water filled with creatures that have both amazed and terrified us. Humans have a long history with these animals and interactions with them have often gone down in history. But be wary, plenty of them won’t hesitate to attack when threatened and it’s useful to know if a fin popping out of the water is from a friendly one or not. Let’s take a look at the two sea animals most commonly confused with the other and see what are their differences. 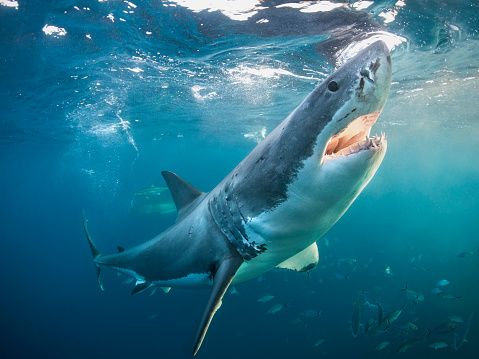 Notorious as the ultimate predator in the ocean, a Shark is a type of fish distinguished by its cartilaginous skeleton, its multiple rows of teeth and the fact that it has about five to seven gills located at the sides of its head. Modern sharks are descended from ancestors that date back to almost 420 million years ago. More than 465 species of sharks are known worldwide and their existence helps regulate the food chain.

Sharks range in size and appearance and some even live in fresh water. Some of the most well-known species are the Great White Shark, Hammerhead Shark and Tiger Shark – all of which are top hunters in their own ecosystems. Not all sharks are terrifying, though. For instance, the Dwarf Lantern Shark (Etmopterus perryi) measures only 17 centimetres (6.7 in). The largest fish in the world is the Whale Shark (Rhincodon typus) which can measure up to 12 metres (40 ft). 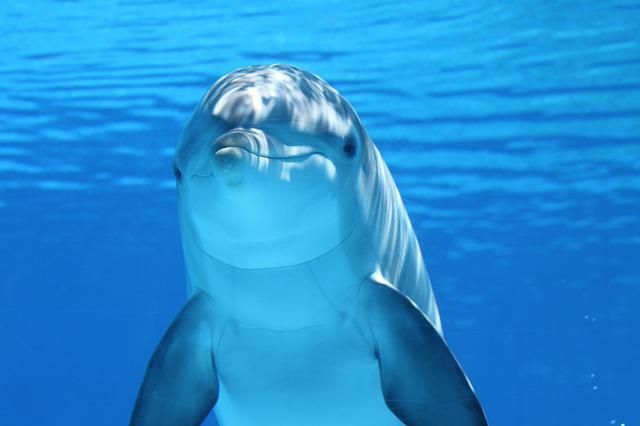 As an aquatic mammal, a Dolphin is part of a diverse group of toothed whales with over 40 species found worldwide. Most dolphins are distinguishable by their greyish color, their distinctive snout and the familiar dolphin calls. As carnivores, their diet consists of fish, crustaceans and squid. They are socially friendly creatures known to have aided humans multiple times, especially during shark attacks. Dolphins often live as social groups and hunt together using echo-location (sound waves and echoes emitted to know where objects are located).

Because of dolphins’ open and playful behavior, humans often swim with them in the shallow tropical waters where they live. They are also popular choices for captivity and breeding, although the rate of survival is often low. The most popular species of dolphins are Killer Whales (as featured in the film Free Willy), and the Bottlenose Dolphins.

These two intelligent creatures both inhabit the same vast ecosystem of the ocean but what is the difference between a Shark and a Dolphin?

The simplest way to explain it is that a Shark is a fish and a Dolphin is an aquatic mammal. Sharks use gills to breathe underwater while Dolphins have to resurface every now and then in order to inhale fresh oxygen through their blowholes before diving again.

Physically, their fins look quite similar from a distance, but a shark can have as many as four unpaired fins with a second dorsal fin set farther back from the more prominent first dorsal fin, while a dolphin only has one dorsal fin. So if you see two fins sticking out of the water, you better swim as fast as you can! The shark’s fin shape is quite broad and sticks straight up, while a dolphin’s fin is curved backward to create a distinguishable arc. As for the movements in water, both are terrific swimmers with the shark using a side-to-side tail movement while dolphins propel themselves forward through the up-down motion of their flat tails. 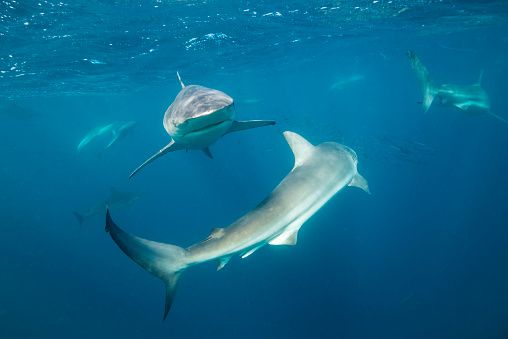 Sharks and Dolphins also have very contrasting reputations with humans. Sharks are often associated with fear due to the attacks on people that have occurred throughout the years. While not a natural food source for sharks, humans, especially surfers and their boards, are often mistaken by sharks as large fish due to their poor vision. The blockbuster franchise Jaws has helped popularize the terror over shark attacks, and the decline in their numbers has been attributed to shark hunting and killing carried out by humans. Sharks are also solitary hunters and would even kill each other as prey.

Meanwhile, dolphins are often regarded as helpers of humankind, even going as far back as Ancient Greece. Because of their friendly countenance, they don’t view humans as a threat and therefore won’t attack even when provoked. Some reports by victims include instances of a group of dolphins forming a protective ring around a human in order to prevent a shark from attacking, or else lifting a drowning human to help him/her breathe. The theory is that dolphins recognize humans as fellow mammals and therefore will come to our aid.

When in captivity, most sharks are only suitable for viewing because even the young ones would tend to bite. Dolphins have been known to provide entertainment and because of their intelligence can learn tricks quickly.