Difference Between Shawarma And Gyros
By Rebecca Rodriguez - December 17, 2021

While shawarma might look very similar to gyros, these two dishes are actually completely different. Not only did they originate from vastly different cultures, but they also use different types of meat and are prepared and seasoned differently. These are the main differences between shawarma and gyros. 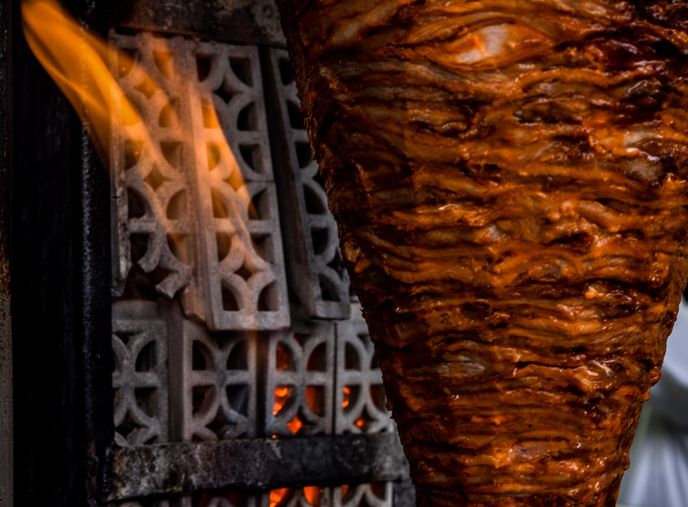 Popular in the Middle East, shawarma is a meat dish cooked at high temperatures on a vertical spit and cut into thin slices. Its origins are believed to be either Arab or Turkish – although the latter call it “doner kebab”. Marinated in spices such as cinnamon, nutmeg, cloves, turmeric, and garlic, the meat used in the dish is usually chicken, lamb and/or turkey – which is then rolled into a laffa or pita bread that has been steamed or heated.

Derived from the Turkish doner kebab, gyros is a traditional Greek dish made with sliced meat cooked on a vertical rotisserie. It is usually made with lamb, beef and pork, although sometimes chicken is also used in the dish. Gyros is seasoned with rosemary, parsley, oregano, thyme, marjoram, garlic and onion, and is commonly served wrapped in bread with tomatoes, onions, French fries and tzatziki sauce.

While both meat dishes are cooked on a vertical rotisserie, there are several differences between them. While shawarma is usually made with chicken, lamb and/or turkey, gyros is typically made with lamb, beef and pork. Their seasonings and spices are also different: shawarma is commonly marinated in spices such as cinnamon, nutmeg, cloves, turmeric, and garlic and gyros is seasoned with rosemary, parsley, oregano, thyme, marjoram, garlic and onion.