Difference between Sleep, Hibernate and Standby
By Theydiffer - December 9, 2015

Power saving is one essential option that’s usually overlooked for a computer or any other electrical devices. It can save a lot of power and will generally save time for you to open up your desktop or laptop the next time you open it. Knowing these things may not be that much of a help but still, a help is a help and why not take note of it? 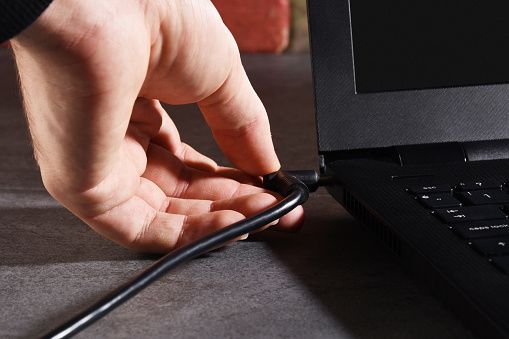 Sleep – Taking what sleep literally means, the device goes into a passive mode or low power mode. In technical terms, it will significantly reduce electrical consumption compared to a device that’s fully on. Other than that, when the device is powered on by the user, it will not have to go through all the usual booting or preliminary instructions for the device to open up. This mode would be very handy for those in a rush and of course saves power, especially with laptops.

Sleep mode comes by different names with different OS’s (Operating Systems) for computers. For Microsoft Windows98 to Server 2003, the term Stand-By is used. For Mac OS 8 – Mac OS X, Windows Vista, and Windows 7 – 10, the term Sleep is used. For Linux, it comes with a more technical name, Suspend to Ram. While they all have their own name, it still goes through the same process of Sleep Mode.

Hibernate – In hibernation mode, the same as sleep mode, the device goes through power saving mode. It is often misunderstood as sleep but in truth, hibernate provides a more complicated state for your device. Unlike your sleep mode, hibernation avoids problems of having to save your data or restoring your programs before going into hibernation. It can resume all applications and data as soon as your device is powered on, simply because the device saves the contents of your device’s RAM (Random Access Memory) to your hard disk.

While it does save data that was previously running before it went to hibernate, it does need to power up regularly as if the device was shut down. It will have to go through the usual booting or preliminary process before it opens up again. For its other terms on different OS’s, hibernate is used on Microsoft Windows, Safe Sleep is used on Mac OS X. Linux on the other hand uses other alternatives like swsusp, TuxOnIce, and uswsusp, which basically refers to suspend-to-disk.

Standby – With this mode, the device is not actually turned-off but is not actually turned-on either. Let’s take a TV for example; while the TV is plugged in but is still off (standby mode), it can still be activated or receive signals from a remote control. For a computer, it is basically the same with the sleep mode. It requires low power consumption that does not have to go through the process of booting. It is usually used when the user needs to be away for 10 to 30 minutes but also needs the computer to be readied up instantaneously.

Sleep vs Hibernate vs Standby

While both have the same idea of saving power, they do act differently. Starting with their power consumption, sleep mode will require a bit higher power consumption than hibernation mode simply because it is still technically running. Hibernation mode requires less power simply because the data stored on your RAM is transferred onto your hard drives and so will not require any power after.

On starting up your devices, sleep or standby mode will instantly start up your device without having to go through many processes, unlike your hibernation mode, where it will have to start as if shut down normally. It will however open up your open documents and running applications without starting them again.

Taking the benefits of both sleep and hibernate, the Hybrid-Sleep is one option you can consider instead. It will do the same things as requiring low power consumption, will boot your computer instantaneously and will load up your running documents and applications as they were.