Difference between Sore and Soar
By Theydiffer - November 18, 2015

English is a complex language and contains many words which sound the same, and are spelled differently and deliver totally different meanings. It is up to the speaker as well as the listener (and the writer and the reader) to be smart and pay attention to what is being said and in which context the words are being used to get their real meaning.

The right usage of a word can help to deliver the right meaning but a wrongly interpreted word can change the entire meaning of the sentence and create confusion for the listener or reader. Thus, it becomes important to understand the right meaning as well as the appropriate usage of these similar sounding words. 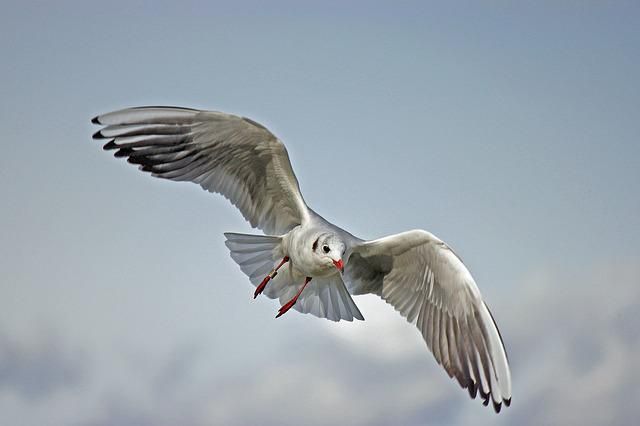 Sore can be used both as an adjective and a noun. As an adjective, sore literally means feeling physical pain, or figuratively feeling sorrow, distress of resentment, but as a noun sore refers to a blister or some other source of pain or irritation on the skin.

Soar is a verb which literally means to rise or fly high in the air. Figuratively it also means to rise above the ordinary level. The words ‘sore’ and ‘soar’ are homophones which mean they sound exactly alike but have different meanings.

When used in conversation, sore is used to describe aches, pains and wounds, the easiest example being, “I have a sore throat.” Used to convey feelings, it could be used in the sense of “I am sore about losing the tennis game”. On the other hand, the act of gliding through the air or swooping up towards the heavens is known as “soaring”. It also means to increase or improve suddenly above normal or usual levels. This word is used metaphorically to describe the feeling of happiness or joy or even elevation and mostly used for things like high spirits or rising prices. The simplest example would be, “The stock market soared after the end of the war.”

What is the difference between sore and soar? Even though both these terms are pronounced the same when they are spoken, the similarity ends here. From the way they are spelled to what they mean produce the main differences between these two terms. These two words are commonly confused and can put listeners in trouble if they are not careful and do not pay attention to what is being said by the speaker.

While sore means experiencing pain such as a bad throat, it can also refer to a painful area on the skin such as one that results from some injury or infection. Used metaphorically, if you are “sore” about something, it means that you are distressed or resentful about the situation. To soar is literally to get elevated above ordinary levels and fly high, like a bird; this word can be used metaphorically for inanimate objects like prices and stocks, as well as moods and spirits that become elevated due to happiness, joy and feelings of power.

Understanding the main differences between the two words helps the readers as well as the speaker and writers to use them in the right connotations so that they deliver the right meaning and enable others to make out what they are saying.

Here are two examples each of the words ‘sore’ and ‘soar’ which help to explain the basic difference between the two:

While sore and soar sound just the same, there is a huge difference between their meanings which must be understood for their correct usage.