Waves are disturbances in any medium that can carry energy through it without a net disruption of other particles within the medium. Today, scientists have discovered three main types of waves that exist naturally in our world, including Sound and Radio waves which have many applications in our day-to-day lives. 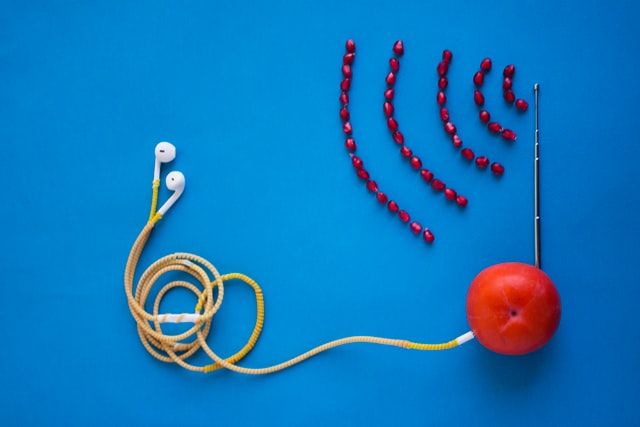 Sound Waves are mechanical waves created by the vibration of an object which creates a pressure wave that causes the particles in the medium (solid, liquid or gas) to vibrate against each other on a longitudinal axis (the direction of propagation).
Radio Waves are a type of non-mechanical waves which have the longest wavelengths on the electromagnetic spectrum. Radio waves can be propagated with or without a physical medium and move at the speed of light in a vacuum transversely (right angles from propagation).

Sound waves are longitudinal waves that require physical propagation (mechanical) to travel through a medium and can reach top speeds in denser media, and cannot travel in a vacuum. While Radio waves travel at the speed of light (299,792,458 m/s) in a vacuum, Sound waves travel at a much lesser speed of 343m/s in air. Although they can reach a higher level as the medium gets denser 5940m/s. Radio waves are transverse waves that can be propagated with or without a physical medium and reach top speeds in a vacuum. Daily applications of radio waves include modern modes of communication such as ranged radio communication and broadcasting on TV and radio. Sound waves enable us to communicate with each other by speech and detect underwater obstacles for submarine travel.