Difference Between Soup and Stew
By Rebecca Rodriguez - April 13, 2022

Soup and stew are pretty similar: they’re both delicious, comforting meals served in bowls. But although they might be quite similar, they are definitely not the same dish. There is one main difference between soup and stew, which is the amount of liquid used to cook them. In this article, we’ll explain what makes soup, soup – and what makes stew, stew. 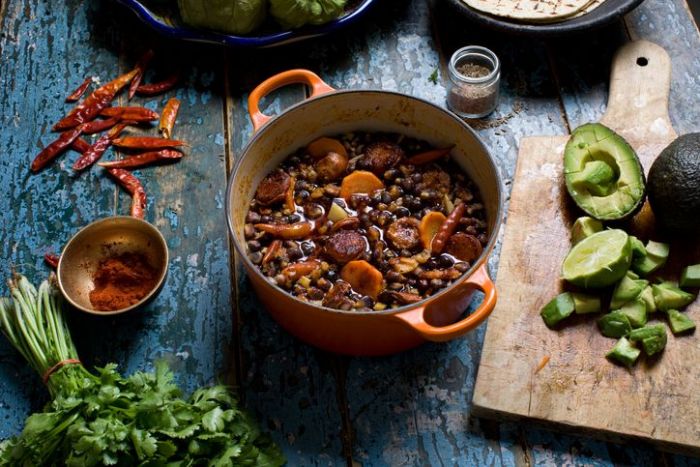 With evidence suggesting that soup has existed since 20,000 BC, this is one of the oldest dishes we still cook nowadays. Although there are several different types of soup – some are creamier, some are thinner, some are hot, some are cold -, the process of making this dish usually involves bringing all ingredients to a boil, then simmering for a period of time (which varies according to the recipe from a few minutes to a few hours) to enhance their flavors.

Stew, on the other hand, is almost exclusively served warm, it’s thicker than soup and has chunky ingredients which are cooked for a long period of time. Unlike soup ingredients, stew ingredients are barely covered with liquid and, after cooking, the water, broth of stock used to cook them is reduced to a thicker consistency that is sometimes thickened with flour, cornstarch or a roux.

Although soups and stews are both cooked in liquids, these are very different dishes. When it comes to soup, its main ingredient is the liquid, but in a stew, the liquid is mostly used to cook the ingredients in the recipe. While soup can be thin, thick, chunky, hot, cold, a stew is always thick and served warm.