If you love cooking and baking, you have probably encountered a few recipes that suggest using sour cream if you can’t find crème fraîche at your local grocery store. This sounds strange: if they can be used interchangeably, are they the same product? Is the only difference between them their names? You’re about to find out. 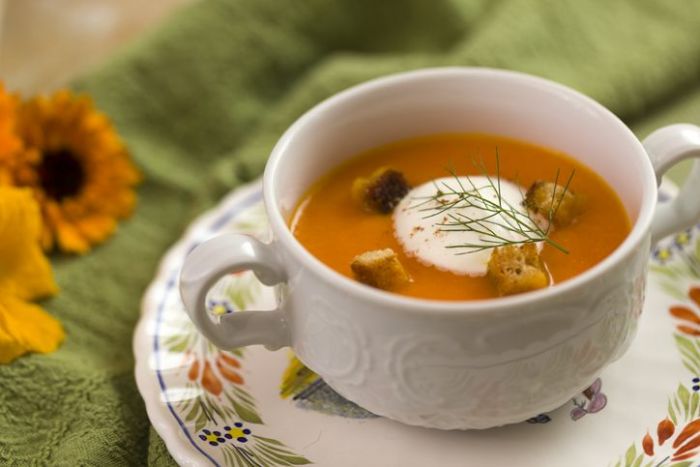 First developed in Eastern Europe, sour cream is a cultured cream. It has a low fat content, which means it curdles when heated. Sour cream is thickened with stabilizers such as gelatin, rennin, and vegetable enzymes and has around 20 percent fat. It is mostly used as a condiment, as an ingredient for baked goods (its acidity makes bread and desserts moist), or added to hot dishes at the last moment to avoid curdling.

French for “fresh cream”, crème fraîche is a thick cultured cream with around 30 percent fat. Unlike sour cream, it does not have any added thickeners. It has a nutty, slightly sour flavor, which makes it a great thickening agent for sauces and soups. When whipped with sugar and vanilla, it can also be used as a dessert topping and served with fresh fruit and scones, for example.

Both sour cream and crème fraîche are made with pasteurized milk inoculated with bacterial cultures at warm temperatures. The main difference between them is that while sour cream is tangier, less fatty and slightly more liquid,  crème fraîche is thicker and has a higher fat content. When it comes to choosing which one to use, remember sour cream will curdle if boiled, so crème fraîche is recommended for soups and sauces. But when it comes to salads or using them as toppings, they are pretty much interchangeable.