Difference Between Studio and 1-Bedroom Apartments
By Marc Gordon - April 5, 2022

Due to the high cost of living, you may find yourself looking at smaller-than-desired flats when apartment seeking. If you’re living alone or with a roommate, you’ll likely choose between a studio and a one-bedroom apartment. These two popular choices share a lot in common, but they also have some significant distinctions. Renters must grasp the differences between each before moving. Let’s compare the benefits of a studio vs. a 1-bedroom apartment. With this information, you can make an informed selection and select the best apartment. 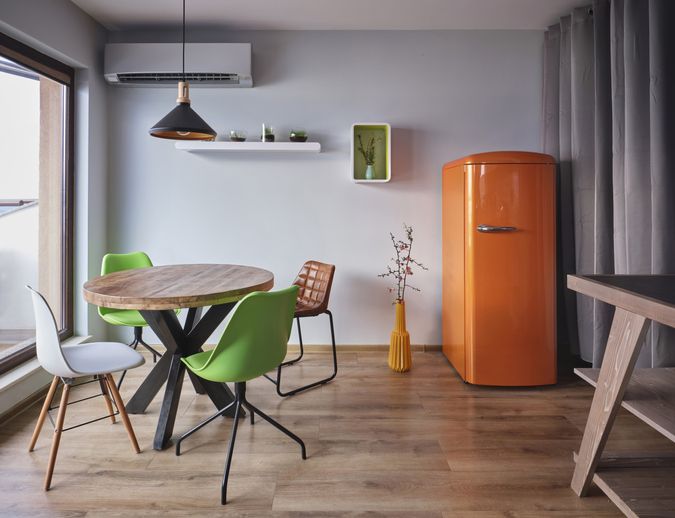 A studio apartment is a single room with an open floor plan that integrates your living room, bedroom, and eating area. No walls or partitions separate the various room portions, such as the bedroom, living room, and kitchen. This type of apartment tends to be smaller than one-bedrooms, which means it’s also cheaper.

A one-bedroom apartment has a separate bedroom from the main living area. Unlike a studio apartment, the bedroom, bathroom, and kitchen are all separate units. A living or dining room may be combined with the kitchen, depending on the size of the area. Larger apartments may also include a separate dining space. In general, one-bedroom flats are larger than studio apartments.

A 1-bedroom apartment differs from a studio apartment because it has a separate bedroom space separate and closed off the living room and kitchen area. A studio apartment is a self-contained area with a separate bathroom that houses everything in a single room. When comparing studios to one-bedroom apartments, studios are more comfortable and compact, which may be a plus for particular renters. However, the lack of rooms, privacy, and space may be a deal-breaker for other renters. It may take some time to get used to having your sleeping room connected to your kitchen. However, remember that if you’re preparing something with a lingering odor, you’ll be sleeping right next to it.