Difference between Thai and Chinese Food
By Theydiffer - July 3, 2016

Although Thai food and Chinese food both come from Asia, they certainly have differences in influence, main ingredients, flavor, and presentation, making each of them unique. 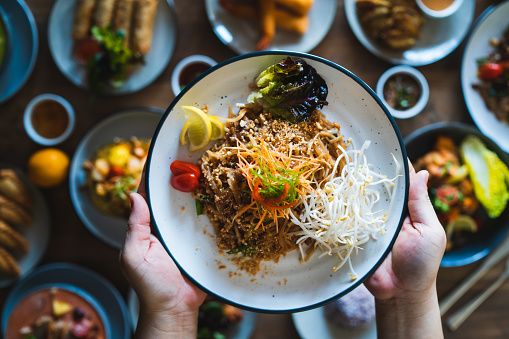 With Thai food there is a premium on detail, balance, and variety. Thai dishes are prepared lightly, having strong aromatic components as well as spiciness. They are usually a fusion of three to five different tastes: sweet, salty, sour, bitter, and spicy. Thai chefs do not settle for ordinary dishes, instead they experiment by combining different tastes until they end up as a delightful chaos of flavors. They cook using very little oil, with fresh ingredients such as onion, basil leaves, chili paste or dry chili, lemon grass or mint leaves. They also often include curry, fruits and vegetables, rice and noodles, and fish sauce, along with other kinds of condiments or sauces.

A standard Thai meal may be a single dish when eating without company, or rice with several other dishes to be shared by many. It is also conventional for restaurants to serve dishes that are more than the number of guests. 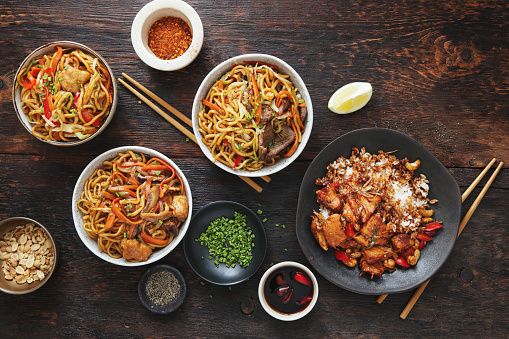 Chinese food evolved continuously from one era to the next, as it was influenced by various cultures from imperial expansion or trade with neighboring regions.  It hardly, if at all, uses dairy in the preparation of dishes. The principal foods included in this cuisine are noodles, rice, soybeans, meat, vegetables, sauces, and seasonings. Spiciness isn’t a common characteristic of Chinese food. It is often cooked or fried in a wok with a lot of oil, using preserved ingredients. In addition, food presentation is something that chefs would pay extra attention to, as it is considered a form of art.

Based on the characteristics discussed above, what then, are the differences between Thai food and Chinese food? Thai food is typically a balanced concoction of flavors that would also often be spicy. It is prepared lightly, with a small amount of oil, using fresh ingredients such as onion, basil leaves, chili, and mint leaves along with fish sauce or curry as its main ingredients. On the contrary, Chinese food is not characteristically spicy. It is traditionally cooked in a wok with lots of oil, using preserved ingredients along with rice, noodles, soybeans, and vegetables as primary ingredients.