Difference between the Hard and Soft Palate
By Theydiffer - August 1, 2018

The hard and soft palate make up the anterior and posterior sections of the entire palate. While both are important in feeding and speech, they are completely different anatomical structures. 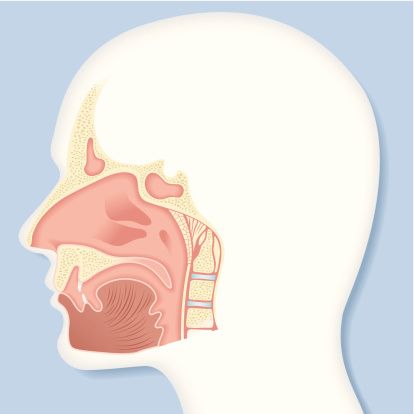 The hard palate is a bony subsection of the skull that makes up almost two-thirds of the entire palate. It is located in the anterior portion of the palate, and it forms a division between the mouth and the nasal passages.

The soft palate is a muscular structure located in the posterior part of the palate. It is mainly responsible for creating an incomplete partition between the oropharynx and the mouth.

Despite playing equally important roles, there is a major difference between the hard and soft palate.

Unlike the hard palate, the soft palate does not contain any bony structures. Instead, it is made up of muscular fibers that are enclosed by stratified squamous epithelium. It is mainly comprised of 5 muscular structures: the tensor veli palatini, the palatoglossus, the levator veli palatini, the uvulae, and the palatopharyngeus muscles. Together, the soft palate makes up around one-third of the posterior part of the entire palate, and its mucous lining is covered by salivary glands that are responsible for mucous secretion.

The hard palate’s superior and inferior portions are covered by the respiratory epithelium and masticatory epithelium, respectively. The maxillary teeth border its anterior area, while its posterior area is attached to the anterior part of the soft palate via the aponeurotic plate.

Meanwhile, the soft palate’s posterior portion, which dangles inferiorly towards the larynx, is not bordered by any structure. The respiratory mucosa and the oral mucosa borders its superior and inferior areas.

Both the hard and soft palate are integral for proper mastication and articulation, but the two assume different roles. The hard palate is a powerful structure that creates a vacuum inside the mouth to enable liquid ingestion. Together with the tongue, the hard palate produces distinctive phonetic sounds, including palatal consonants such as /ɟ/ and /j/.

The soft palate, on the other hand, is a multi-functional muscular structure that prevents nasal reflux by closing the nasopharynx during swallowing. Without the soft palate, liquid and solid food can enter the nasal cavity. Additionally, the soft palate works with the tongue to produce velar consonants such as [ŋ], [k] and [g].

Another big difference between the hard and the soft palate is their mobility. Since the hard palate is a bony structure that mainly functions to form a partition, it is not anatomically able to move. The soft palate, by contrast, is a highly muscular structure that creates a series of movements during mastication.