Difference between the Left and Right Side of the Brain
By Theydiffer - January 27, 2016 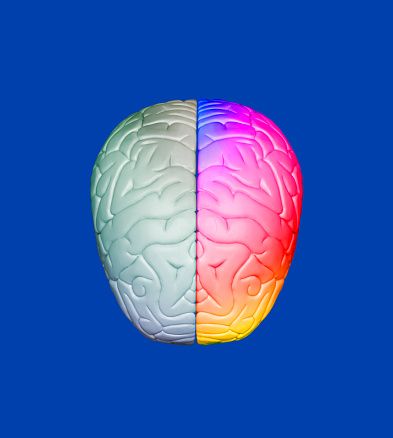 Left Side of the Brain – also called the left hemisphere, it functions dominantly in respect of an individual’s language and logic (mathematics and science). It analyzes information that is collected from the right hemisphere, and then applies language to it. Take a house and an individual for example, the right hemisphere will ‘see’ the house but the left hemisphere will think it through and tell you “that’s the house I used to live in” or “that’s Uncle John’s house”. This simply implies that it’s not the physical aspect of the house your left brain will notice, but rather ‘whose is it’ or ‘what type is it’.

So simply put, the left hemisphere of the brain has the functions of analytic thought, logic, reasoning, science and math, writing, language, and right side of the body control.

Right Side of the Brain – also called the right hemisphere, it governs the creative and artistic characteristics of an individual. Unlike the left hemisphere, it is intuitive and uses images rather than words. A good example of the right hemisphere at work is giving directions. One would rather say something like, “Go east three blocks and turn right on Elm Street. Three miles ahead you will reach your destination”, but when the right hemisphere is at work, one would say, “Go left (pointing) by the store over there (pointing), and then pass McDonalds and you’ll reach your destination just beside Walmart”. This implies that it focuses more on imagery than verbal abilities.

So simply put, the right hemisphere of the brain has the functions of creativity, imagination, intuition, artistry, imagery, insight, holistic thought, music awareness, and control of the left side of the body.

Left Side vs Right Side of the Brain

What’s the difference between the left side and the right side of the brain? Aside from their positions in your skull, they function differently and affect different parts of the body.

Note: The phrase “left-brained” and “right-brained” is actually a myth and not true, according to researchers. Quoting neuroscientist Dr. Jeff Anderson:

“It’s absolutely true that some brain functions occur in one or the other side of the brain. Language tends to be on the left, attention more on the right. But people don’t tend to have a stronger left- or right-sided brain network”