Difference between the Neanderthals and Humans
By Theydiffer - May 14, 2016

As much as we would like to know about this subject, the truth is that we mainly rely on theories rather than on solid conclusions. Some things we know for sure, i.e. that Neanderthals and modern humans  crossed paths, that there was some interbreeding between them and that they were actually pretty similar as far as cognitive development went. The main reason why researchers are so interested in understanding these differences lies in getting to the bottom of what made Neanderthals become extinct and what helped humans survive. 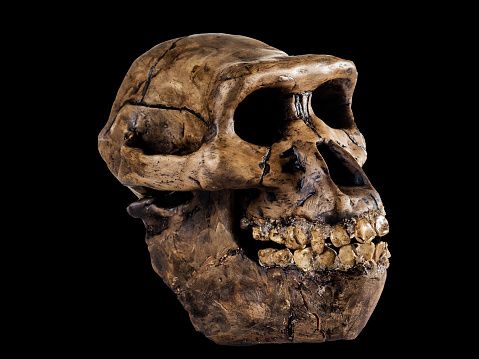 The Neanderthals were species or subspecies of humans commonly referred to as “cave men” due to the fact that they lived in a colder climate and took shelter in caves in Eurasia, Western Europe, and Central, Northern and Western Asia, where bone fragments and stone tools have been found. They are thought to have become extinct anywhere between 50,000 and 28,000 years ago. The scientific term comes from the area where the first bones were discovered, the Neander River in Germany, “thal”/”tal” being a German word for “valley”.

When they were first discovered in 1856, the bones were thought to belong to a bear as they were thicker than those of a human. The skeletons that have been reconstructed and that are displayed in various museums all over the world reveal the fact that the Neanderthals were shorter in height than humans yet had longer limbs and a bigger skull and brain. Their position was upright but closer to the one standing primates adopt, rather than that of humans. This subject has been debated, though; some scientists claim that the first specimen may have suffered from arthritis, hence the slouching posture. Their oral cavities were formed differently, leading experts to the conclusion that they could not pronounce all of the vowels. 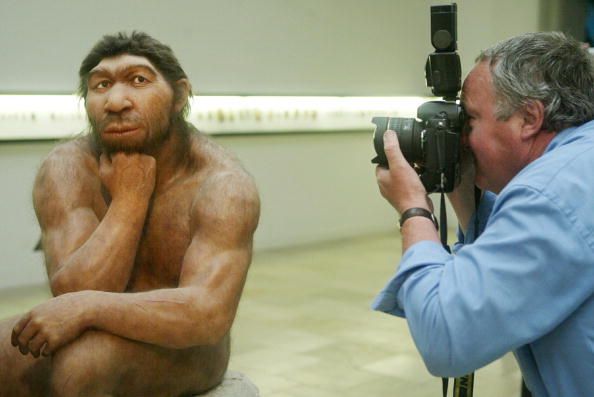 As far as family life is concerned, due to the harsher weather in the Northern parts, they used to live in isolated tribes, in caves. They cared for their old and their sick; they used to bury their dead and had a life expectancy of 30, which is understandable for those times.

Modern humans are our ancestors. These are the people who emerged from the African “Cradle of Life” (present day South Africa) when the temperatures changed, and who migrated toward the North of Europe and the rest of the world about 200,000 years ago. Scientifically, these are the Homo sapiens sapiens. Modern humans had a very well developed brain which helped them adapt, invent, create, communicate, bargain, negotiate, and eventually develop great societies and civilizations.

So what’s the difference between the Neanderthals and humans then?

For some years, scientists have thought that the Neanderthal was the missing evolutionary link between humans and primates. However, they were proved wrong when they saw that the Neanderthal was a species of human in itself, and not an evolutionary stage which eventually led to the modern human. They had relatively similar habits, managed to craft tools, cook food, make clothes and draw on cave walls. They had family and tribe rites of their own and they are even thought to have mastered fire.

So, the question of what happened still remains. Some scientists cling to the discovery that current day DNA tests of people with non-African descent show that only 99.84% of the genetic material comes from modern humans, the rest being a result of interbreeding between the two when their paths crossed thousands of years ago. This may indicate the fact that the Neanderthals, who might not have been that numerous to begin with, given the harsher conditions of life in Europe at the time, were simply assimilated by the newcomers.

Then why is there not more genetic material in the modern DNA in that case? Scientists believe that the Neanderthal chromosome Y may have caused miscarriages in human females, making the continuation of their species more challenging. One thing is for sure: we are still at the point where every discovery raises more questions, and only answers very little.