Difference between Turkey and Chicken
By Theydiffer - November 18, 2015

Chicken and turkey are equally popular as sources of delicious meat, (and in the case of chickens, eggs). Classified as poultry products, they have a few things in common, with distinctive differences between them, and it is these differences that make people prefer one form of poultry over the other.

Both are nutritious and rich in protein, and some of the best dishes of the world are made with chicken and turkey meat: it can be baked, grilled as well as roasted for great tasting meals including stews, casseroles, and even salads and sandwiches. They are both low in calorie content and fat as compared to beef, and with their lean meat, chicken and turkey provide health conscious people a chance to enhance muscle growth.

The chicken, with the Latin name Gallus gallus domesticus, is also known as “domestic fowl”. It is descended from the Red Junglefowl Gallus gallus. Many people believe it to come from the Indian subcontinent, but chickens have been around for so long now that research is still ongoing to prove their origin.

The turkey, Latin name Meleagris gallopavo, is a large and domesticated game bird that has a bald head and red wattles. It is a popular and traditional choice for festive occasions like Christmas and Thanksgiving. It is native to North America and is believed to be directly descended from the North American Wild Turkey. 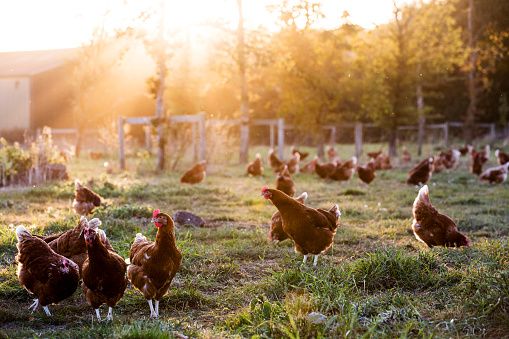 The main dissimilarity between turkey and chicken is that of their distinctive appearances. A turkey has dark coloured plumage with a featherless neck and head, and is almost 10 to 15 pounds heavier than the average chicken.

Turkeys are dark colored while chickens have colorful plumage, and male chickens are even more colorful. Unlike turkeys, chickens have feathered necks and heads with a prominent comb that sets them apart from other birds.

While chickens are bred for eggs and also used for meat, turkeys are exclusively for meat and their eggs are not so commonly used as those of chicken.

Along with these differences in features and characteristics, turkey and chicken are also different in their nutritional value. Turkey provides a darker meat, and has almost half the calories and about a ninth of the fat content as compared to chicken, which has whiter meat. This makes turkey a better choice for people who are looking for ways to cut down their calorie intake and reduce the amount of fats they consume.

Chicken and turkey have major differences and they start from their coloring, size and nutritional value to the way they are raised to where they are found.