Difference between Ukulele and Guitar
By Theydiffer - June 29, 2016

Knowing anything about musical instruments can really come in handy in a conversation, at a concert, or in a group of friends when someone asks you to hand them the ukulele or the guitar. Come to think of it, if this were to happen, would you know which ones to hand over on which occasion? What is the difference between the ukulele and the guitar? 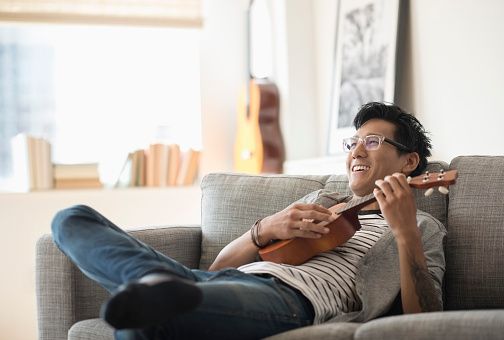 The ukulele is a string instrument, a member of the lute family, usually associated with Hawaiian music. Its name translates into the “jumping flea”, a possible reference to the way in which the player’s hands move on the instrument. It has four strings or eight strings paired in two-string courses, made out of nylon or gut. There are four types of ukulele, classified according to size, shape and the sound it makes: soprano, concerto, tenor and baritone. Their sizes go from 13 5/8 inches (for the soprano) to 20 1/8 inches (for the baritone). The ukulele is the Hawaiian version of the braguinha, introduced to the people of the region by Portuguese immigrants as early as the 1880s.

Originally, the ukulele was made out of wood, more expensive models being made from hard wood and cheaper ones from plywood. As far as shapes go, the ukulele is shaped like an eight, but there are also those shaped like an oval, called pineapple, or others shaped like a boat-paddle, or square shaped ones. The sound hole is off-center of the body of the ukulele. The neck is near the sound hole and so is the bridge. A ukulele is played by plucking the strings with the right hand, while the left presses the frets (the raised parts of the neck of the instrument). 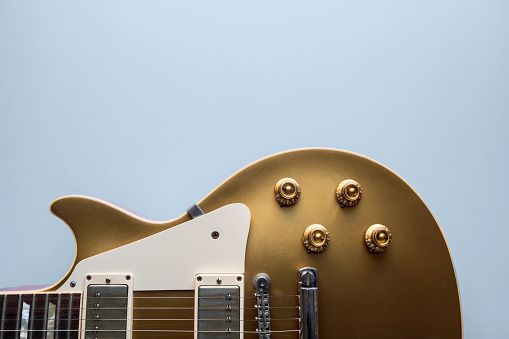 The guitar is a string instrument with 4 to 18 strings, most often having 6. The sound the guitar makes is usually amplified by the sound hole for acoustic guitars or by an outer amplifier for the electric guitar. There are three main types of acoustic guitars: classical, steel string and arch top guitar. This instrument is used in a variety of musical genres such as blues, flamenco, country, bluegrass, folk, jazz, rock, soul, pop, metal, mariachi etc.

There are very old representations (almost 4000 years back) of people playing early versions of this instrument, even though it appears in recorded history only in the 12th century. The guitar was first brought to Spain by the Moors who played the oud – an earlier and regional version of the instrument. The frets were added by Europeans in keeping with the structure of the lute (deriving from the Arabin Al’ud which means “made of wood”). Since then, almost all cultures have adopted a version of the stringed instrument.

The guitar, as we know it, is made out of a head, where the machine heads for adjusting the tension of the strings are found; a neck, the longest part of the guitar and the one that contains the finger board; a body, which amplifies the sounds with the use of its hollow cavity called the sound hole, and the strings. Although the guitar is generally played by plucking the chords with one hand while fretting with the other, there are other styles which have evolved throughout the years, such as the glissando, which means sliding a bottle neck or a knife blade across the strings.

So what is the difference between the ukulele and the guitar?

The most obvious difference between the ukulele and the guitar consists in size. The second difference consists in the possible number of strings: the ukulele can have 4 strings or 4 courses of two strings, whereas a guitar can have as many as 18 strings, even though its most common number of strings is 6. Also, the sounds of a guitar can be classified in two main groups: acoustic and electric, whereas the ukulele has 4 groups: soprano, concerto, tenor and baritone.

As far as sounds go, the guitar has a lot more range than the ukulele, being able to go down 2 octaves further than the ukulele. Also, the price of the ukulele is considerably lower compared to the price of a guitar. A ukulele can also be carried around with more ease due to its size. Although both instruments need study to get to a point of proficiency, the study of the guitar is more extensive as there are more genres involved, including some which are considered to be in the classical repertoire.