Difference between Upper and Lower Motor Neurons
By Theydiffer - April 6, 2016

The somatic motor system is the substructure in the human nervous system which is responsible for the movements of our bodies. Neurons that make up the somatic system are known as motor neurons. They are generally divided into upper and lower motor neurons. In the following article, we will examine the differences between them.

Local circuitry in the spinal cord and in the brain stem mediates reflexes. Skeletal muscles are what are known in microbiology as effectors systems.

When we are thinking about our movements, we often think only about voluntary movements, those that we intend to perform. These movements are planned, coordinated, and initiated at the level of the motor cortex, which is a posterior part of the frontal lobe in the human brain, and is responsible for integration of executive functions with sensory and emotional functions, and devising plans for the production of our eventual behavior.

The actual final signal to produce this behavior is a very complicated process, but it all initiates in the motor cortex with upper motor neurons.

Upper motor neurons are also found in the brainstem. These are responsible for setting the stage for executing voluntary movements.

Many of the movements that we typically make can be viewed as an expression of a skill, like, for example, typing on a keyboard or performing music with a musical instrument. Primarily the skills we possess are expressed through the hands, feet, and lower part of the face. In order for these skills to be performed at all, we need a proper adjustment of posture, and proper amount of tone, present within the muscle systems, that actually express a particular skill. Rhythmical movements, and cranial structure-connected movements, like chewing, are also possible with the help of the brainstem center.

All of these are regulated by upper motor neurons.

The expression of emotional behavior lies somewhere between voluntary and involuntary movements; it involves coordination of both somatic-motor and visceral-motor activity.

Lower motor neurons innervate skeleton muscles and cause their contraction. These motor neurons populate the lower motor neuro circuitry, which is found in every segment in the spinal cord, and, also in the brainstem, specifically for the cranial nerve motor nuclei.

This circuitry receives sensory inputs, which further go through local segmental circuits that perform reflexive adjustments of movement in response to specific sources of sensory information.

When we swim, the coordination between the movements of our legs and our arms is done with the help of lower motor neurons.

Upper motor neurons are found in the motor cortex and in the brainstem. They do not enervate skeletal muscles themselves, rather they provide descending input that governs the way the local circuits with lower motor neurons work.

The symptoms associated with damage to lower motor neurons include:

The symptoms associated with damage to upper motor neurons include: 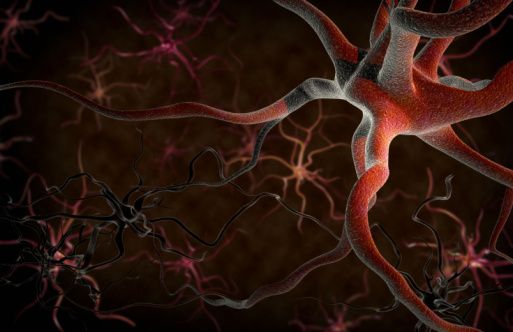