Difference between Victorian Bulldog and English Bulldog
By Theydiffer - June 2, 2016

Since man has always enjoyed creating new breeds of dogs, it can be difficult to keep track. For anyone looking for a bulldog and trying to figure out the breed based on the cartoon image of Spike from Tom and Jerry, it might be difficult since there are several breeds of Bulldog and choosing wisely is always of the essence.  Therefore, what is it what you want? A Victorian Bulldog or an English Bulldog?

A Victorian Bulldog is an incredibly rare breed, once extinct, then recreated in the 80s by recreational breeder Ken Mollett. By crossing certified specimens from the English Bulldog, Bull Terrier, Bull Mastiff and Staffordshire he tried to recreate the image of the 19th century Victorian Bulldog, now officially an extinct breed. These dogs were originally created for the purpose of baiting bulls and had to be agile in the arenas. Once bull baiting was banned, people began arranging dog fights and pitting them one against the other. These practices eventually led to the extinction of the breed altogether.

This specimen Mollett created is supposed to be taller, with a more athletic build, must have a longer muzzle, longer legs and a smaller head. The line of dogs he managed to produce is so rare that purchase of a specimen off the market must be verified with all of the papers of the parents. The breed must not be mistaken for the Olde English Bulldogge, another extinct breed which was recreated in the US by a different breeder. 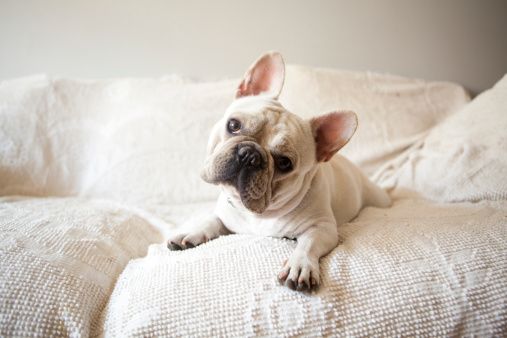 The English Bulldog is the direct descendent of the old Bulldog breeds. It is adored by many and due to its robust stature, while making it the last choice for dog arenas, the Bulldog became the iconic English companion dog. The breed’s look is defined by its short muzzle, drooping lips and underbite, robust build and stubby legs. The fur is short and flat.

Known to be courageous, though mild and non-aggressive, the Bulldog is an overall mellow dog, preferring the company of his family to playing in the yard or chasing a ball by himself. This dog’s lifespan is supposed to be of 10-11 years old, although due to cardiac problems, cancer and other stature associated conditions some of them do not get to last beyond the age of 6.

So what is the difference between the Victorian Bulldog and the English Bulldog?

The Victorian Bulldog was an attempt to recreate a healthier Bulldog breed. Since the current version of the Bulldog is different than what the initial breeders had in mind, some people are looking for a more balanced constitution and less health endangering features. There are voices saying that continuing to breed English Bulldogs may not be a very humane thing to do since many of them die early and have a lot of health issues.

English Bulldogs can only be born by Cesarean section because their heads are too big even for the mother to push out naturally. The folds on their skin must be cared for on a daily basis by cleaning and oiling or they risk developing infections. Also, the tail can be so tightly screwed that it too may need special care. The robust body cannot be well sustained by the stubby little legs at old age and the breed is also exposed to a lot of breathing problems on account of its short muzzle. By comparison, the Victorian Bulldog breed is one with a more athletic build and a longer muzzle, a smaller head and stronger, longer legs. Everything about this recreated breed is an attempt to make healthier specimens, somehow closer to how Pitbulls look today.