Difference between Voodoo and Witchcraft
By Theydiffer - July 3, 2016

No matter how you put it and how skeptical you are, these things are scary. They both involve people making unaware victims do things that are not of their own will, and even worse. Or is this only one of the two? Can both of them control the will of an individual? Can either of them do this? What is the difference between Voodoo and Witchcraft and which is worse? 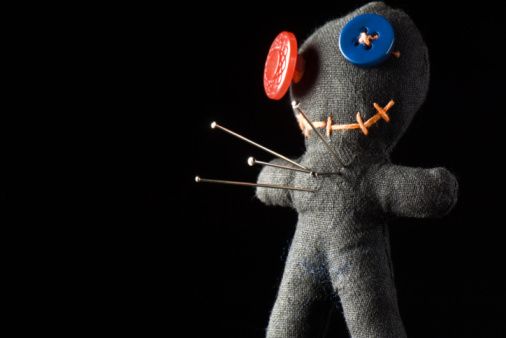 You cannot talk about voodoo without addressing the issue of slavery. Also, when talking about this religion, you should set aside everything you know about it as a Hollywood lie and a conspiracy of former slave owners. But let us start at the beginning.

Voodoo, or Voudon, or Vaudou is a syncretic religion originating in the slave communities in the US and in the former French Empire. As people from Africa were taken and sold, they gathered around their faith and practiced their rituals, which, in time, adopted some of the Christian practices. There are mainly three main types of Voodoo: Louisiana Voodoo, Haiti Voodoo and West African Voodoo, the original practice. The practices among them vary according to how repressed the communities were or how much freedom they had. Louisiana, for example, was a place where Catholics did not allow the sale of members of a family, which meant that people were kept together and their heritage was better preserved, even as slaves. Haiti Voodoo is said to have been the root of the Haitian uprising which led the natives to take their country back from the French settlers, and it was the turning point for how Voodoo would be seen in the world. Upon finding out about the success of the Haitian revolution, slave owners in the US described the practice as witchcraft, evil, a cult of death and of violence, maintaining that everything done in their ceremonies was directed at harm and selling the soul to the devil. And this is how Voodoo began to be depicted and the image Hollywood chose to go with.

Far from it, Voodoo is a religion in which our world is divided into two worlds: the visible and the invisible one. And this is the only thing separating the living from the dead. On this note, the dead can come back as Iwa, spirits which can enter the body of a priest or priestess and speak to those in need to give counsel or help them out with life’s problems. If animal sacrifices are done in this respect, they are said to help reenergize the spirit in his journey between realms. Voodoo dolls, though mainly an invention of Hollywood, as we know them, are in fact tools for voodoo priests and priestesses to call for blessings and favors onto the recipient. Even so, this is not a widespread practice.

There is no white and black magic in Voodoo. But whenever an evil spirit enters the body of a priest, it is said that the eyes may turn red. Therefore, evil in Voodoo is represented by the color red.

In Louisiana, for example, Voodoo kings and queens became community leaders and helped people with the problems of daily life, black and white people alike. They earned their place in society and became revered and praised. One of the most prominent Voodoo queens was Marie Laveau, a hairdresser who used her access to the greater houses and to the more influential people to help others. She is said to have used her gift for Voodoo to bring the community together. 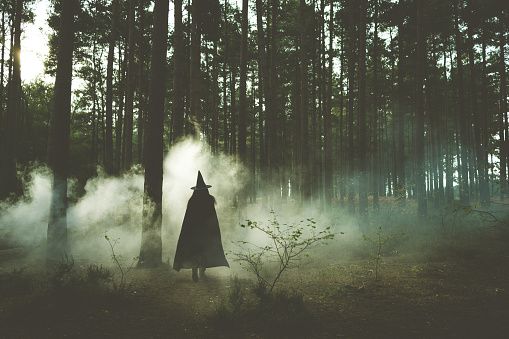 When we refer to witchcraft, we let all of the magical practices we can think of be incorporated into this word. Someone who practices witchcraft is a person who performs rituals to bring about a desired outcome. If we refer to witches in the European and American acceptance of the term, then we may be referring to a member of the Wiccan system of belief, a religion officially accepted as an option for many. Wiccan adepts are known to cast spells, to conjure the dead and perform other paranormal acts. It all depends on the power and the level of experience of the person.

The history of witchcraft is a tumultuous one, as in the Middle Ages people used to practice witch hunts and would arbitrarily burn women at the stake when it was simply assumed that they were witches. Nothing could even be said by the accused to escape certain death as the entire society was made to fear witches and the devil so badly that a simple accusation was enough to have an entire community turn its back on someone. Witches were blamed for plagues, misfortune, war, the wrath of God. This context led to the entire cult going underground.

In reality, witchcraft was the accusation brought to all people who held on to anything of the old system of beliefs, information which included herbal remedies and medical knowledge which could be put to good use to heal people. Healers in tribes all over the world are seen as witches and sorcerers, witchdoctors and shamans. In Europe, these were leftover practices of the people of various countries, passed on from generation to generation even after the Christianization of entire territories.

Nowadays, most witches claim to be really open to energy flows which may help them predict the future and herbal remedies which work as great cures. Being connected to their surroundings may give a person great power of knowledge. Also, there is a separation between black and white magic, in the sense that there are spells and magic that can be done for good and others that can be done for bad. While Wiccan practices clearly forbid the latter, there may still be some people who are drawn to the darker side of magic.

So what is the difference between voodoo and witchcraft?

Voodoo is considered the witchcraft/religion of the Africans who were brought over to America. Witchcraft is seen as any use of powers, conjuring and all practices banned by the Christian Church. This includes Voodoo.

Both of them where shunned in Europe and in the Americas and deemed as evil and Satanist. While Voodoo was African culture brought over with the slaves and kept alive through practices which were hidden, witchcraft summed up a set of beliefs which remained from the Celts and all of the other old peoples of Europe, beliefs which survived from the old world after Christianization. Both of them had to be practiced underground and have now been given credit, and their names cleared from all of the negative connotations given by suppressors over the years.

There is a social similarity between Voodoo and witchcraft in the sense that it empowered a category of individuals who would otherwise have been marginalized. The people in Haiti won their independence after having been led by a Voodoo priest. This scared plantation owners who classified Voodoo as witchcraft and the work of the devil. Likewise, witchcraft empowered women, so witch hunts were started to represent man’s suppressed fears of losing his position of power. The underlining fear was the same in both cases.

Voodoo and witchcraft are used for good purposes and they both involve having a great connection to one’s surroundings. Depending on the practice, Wiccans may also conduct animal sacrifices and séances in which they conjure the dead, just like Voodoo priests do.