Researchers have been going back and forth with this whole idea of what is good for you and what is a potential health threat. After having banned “fatty” dairy products to the category of “eat at your own risk”, and after having made the choice of low fat dairy products a “no brainer”, it seems that scientists are now changing their minds again. Let’s see what it is all about.

Whole milk represents the natural, unprocessed state of milk as it comes from the cow or any other milk producing animal. Although it should simply be called milk, some sellers prefer the notion of “whole milk”, despite the fact that it is very confusing to buyers who are left thinking that it is made entirely of fat. In reality, what we refer to as whole milk only has 3.5% fat in its composition.

Milk comes from dairy farms or organic farms, and in its natural state it can vary in taste and consistency from cow to cow. The milk of the same cow can even vary in taste depending on a lot of factors such as what it has been eating, whether or not it just had a calf, or even what time of year it is (the milk given in winter and autumn tends to be a bit fattier than the one given in warmer months). In order for the milk in all cartons to have the same taste, it is processed and homogenized. A fun thing to keep in mind is the fact that there are only a few big milk processors supplying the majority of milk brands, which means that, to some extent, the only difference between these products is in the packaging. 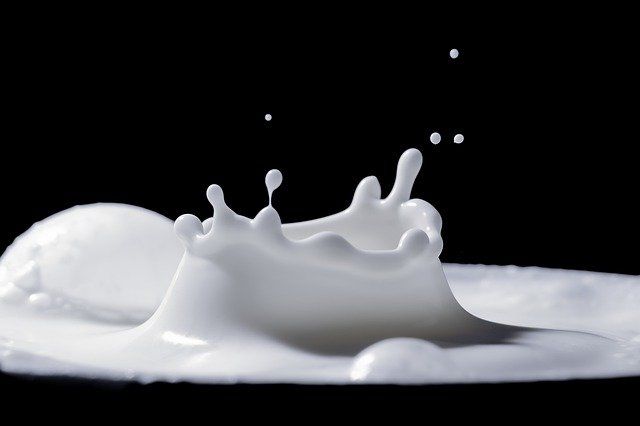 Low fat milk promises to give you the same quantities of calcium and proteins, but without the added fat. It normally has 1% or 2% fat and it is thought to decrease the chances of becoming fat, or of getting diabetes or heart disease. Consumption rates for low fat milk have gone up considerably since the 70s, when the idea that if you “eat fat, you get fat” got into people’s heads and nutritionists and doctors started recommending low fat everything.

Skimmed milk is the type of milk obtained when all of the fat has been taken out of the processed product. An interesting fact about skimmed milk is that, although it has become the obvious choice of anyone trying to lose weight and stay away from fattening foods, it has also been the product used by pig farmers to fatten their pigs, and it remains the most recommended supplement in this regard.

So what is the difference between whole milk, low fat milk and skimmed milk?

It is no news to anyone trying to keep a healthy diet that nutritionists have turned around on many of the issues which were thought to have been set in stone. But the issue of whole milk vs. low fat vs. skimmed milk has got many people thinking. Not only is the fact that low fat does not necessarily mean that consuming it will not make you fat, but the use of skimmed milk for fattening pigs is a contradiction in terms for many people trying to lose weight and constantly opting for 0% fat everything. What is the explanation?

Let us start by saying that all milk comes from the same sources (let’s say cows for the sake of the discussion). The milk is collected and transported to the processing factories where it is then put into a separator which spins the milk through a series of conical disks. This step is intended to separate the milk from fat, sediment, bacteria and debris. When it is drained from this machine, all the milk is skimmed. The fat is carefully added to it in percentages, according to what type of milk they want to obtain: 0% for skimmed, 1-2% for low fat and 3.5% for whole milk.

The pasteurization process is the same for all types of milk and it implies heating the milk at a very high temperature of 161 degrees Fahrenheit, then cooling it rapidly, by a method called HTST (high-temperature, short-time). The last part of the process is the homogenization in which the globules of fat, which, if left unprocessed, are naturally separated from the rest of the milk, are incorporated into the milk. This prevents the milk from turning into cream.

The difference between these types of milk lies with how much fat they have, even though, during processing, they all come out skimmed at first and fat is added. One interesting point made by those contesting the fact that consumption of skimmed and low fat milk is less fattening lies with the fact that low fat products are not as nurturing, which means that you will get hungry sooner and that it’s not the quantity of the calories, but their quality that matters the most.