Difference between Yeast and Baking Powder
By Theydiffer - June 29, 2015

Two common ingredients in the preparation of baked goods are yeast and baking powder. While both of these ingredients are used as leavening agents (i.e. as ingredients meant to make dough rise) there are a number of differences between them. This article will help explain those differences.

Both yeast (specifically, baker’s yeast) and baking powder are leavening agents. A leavening agent is any substance that incorporates gas bubbles into the dough, causing it to lighten, soften, rise and take on what is usually referred to as a “fluffy” texture. For example, the soft inside of a crusty loaf of French bread has this quality because of leavening. 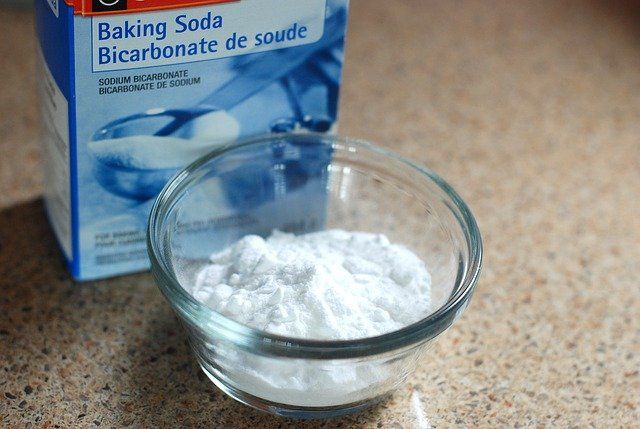 Yeast in general is any one of 1,500 kinds of microorganism, but in the context of baking, the word refers to baker’s yeast, the strains of yeast that are used as leavening agents in baking. Baker’s yeast works by consuming sugar and releasing carbon dioxide and ethanol. It is this release that works in the process of fermentation to leaven the dough. Many forms of yeast are commercially available, but the most common is active dry yeast, a granulated form, pictured below. Each granule has live yeast cells surrounded by dead yeast cells, and must be rehydrated before use. The use of yeast in a recipe can change the flavor of the end product because of fermentation. 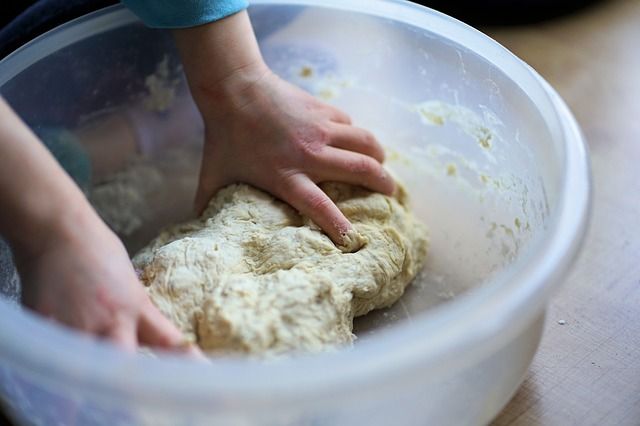 Baking powder is a chemical leavening agent consisting of a carbonate or bicarbonate, and an acid. Baking powder leavens bread, or very often cakes, through an acid-base reaction. The baking powder pictured below contains the following ingredients: baking soda/sodium bicarbonate, monocalcium phosphate, and cornstarch.

What is the difference between yeast and baking powder? The main differences are:

Yeast, in the context of baking, refers to baker’s yeast. Baker’s yeast is a microorganism, and the conversion of sugars into gas and alcohol, known as fermentation, is an organic process resulting from the yeast feeding on the sugar. Baking powder, on the other hand, is made up of chemicals (carbonates/bicarbonates/acids), and the process by which baking powder leavens bread is a chemical reaction between an acid and a base.

Baking powder is used instead of yeast for a variety of reasons. One reason is convenience, because baking powder does not take as long to leaven bread, and unlike a form of yeast, such as active dry yeast, does not need to be rehydrated. Another reason occurs when a particular batter cannot hold gas bubbles for more than a few minutes, and one more reason is in cases where the flavor profile that comes from fermentation would be undesirable.