Differences Between Herbs and Spices
By Laura Lee - September 8, 2021

Herbs and spices are both plant products that are used to flavor food and can also be used to garnish. Despite their similar uses, there are some key differences between the two plant-based cooking ingredients. The purpose of this article is to describe those differences so you may better recognize them. 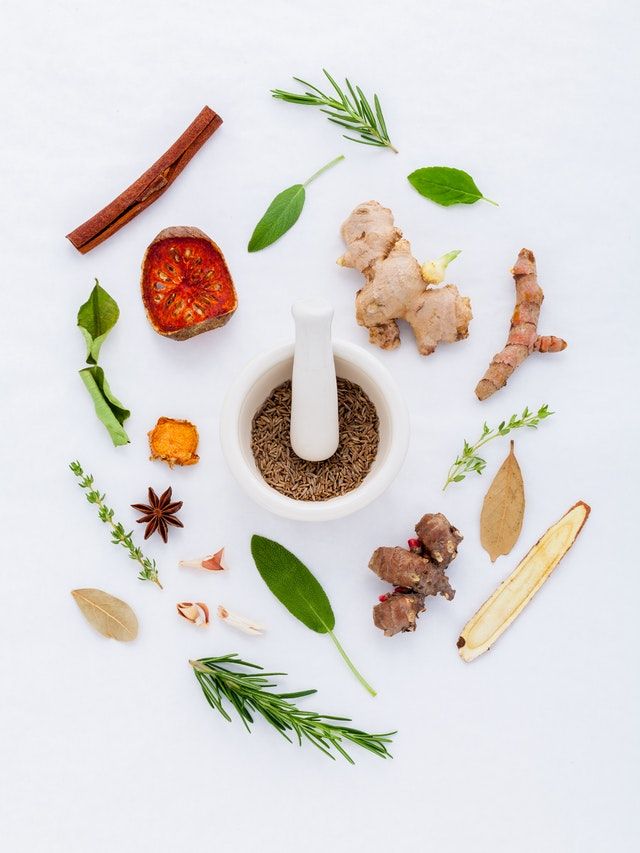 Herbs are typically the leaf or green part of a plant. They usually have a milder flavor and as such are usually used at the end of the cooking process to add some flavor or to garnish the meal. The herbs are usually used fresh, due to these their shelf lives are not very long and have to be used shortly after being picked.

Spices can be the root, stem, seed, flower, fruit, or bark of the plant. Spices have decidedly strong flavors and very powerful aromas. As such, they usually comprise quite an essential of the cooking process and supply a good deal of the flavor in the dish. Due to this, they are usually incorporated into the cooking process. They are often dried and processed and due to this have a long shelf life.

The key differences between herbs and spices are the part of the plant that is used, how it is processed, the strength of its aroma and taste, and consequently how it is used in dishes. Herbs for the most part are used fresh with a milder taste and smell and only added at the end of the cooking process. Whereas spices are usually dried and processed and have a far stronger flavor and aroma and as such are usually used far earlier in the process of creating the meal.