Ice cream, gelato, and sorbet are all frozen desserts commonly eaten after a meal. All three frozen treats are low in nutritional content and high in sugar, making them unhealthy but delicious. This article will illuminate the differences between the three desserts. 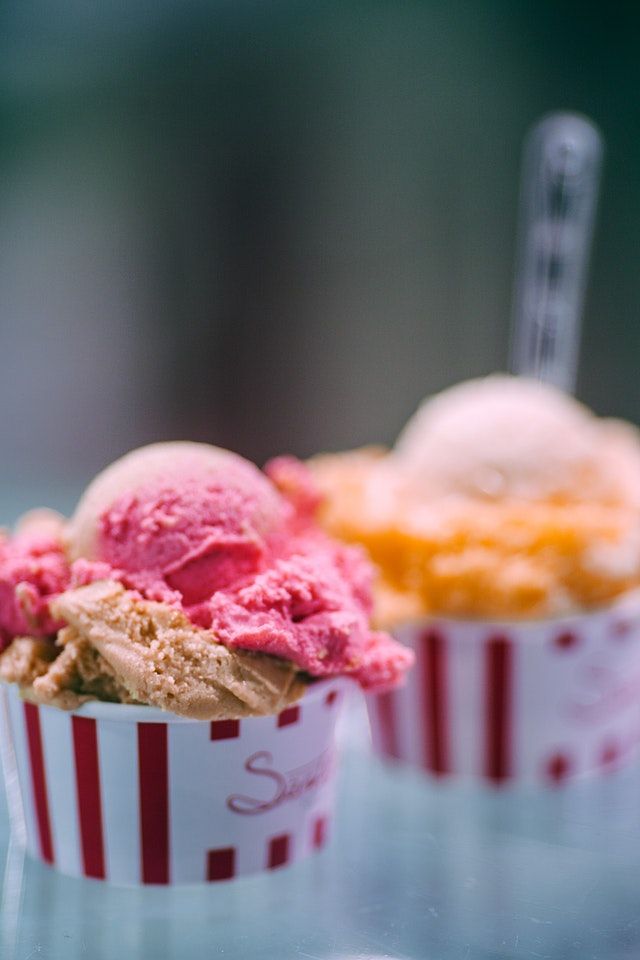 Ice cream is created by churning milk, cream, and sugar – often eggs are also added. The churning is done while the mixture is in the process of being frozen. The purpose of the churning is to absorb air into the mixture which creates a fluffy and soft texture.

Gelato is also created by churning milk, cream, sugar, and often including eggs too. The ratio of cream to milk is higher and the churning is done more slowly while the mixture is in the process of being frozen. This incorporates the air into the mixture while creating a dense and intensely flavorful product.

Sorbet is flavored water, fruit juices, and syrup which are churned while being frozen to create a light and soft texture. It contains no dairy and is often flavored with spices and sugars.

Ice Cream VS Gelato VS Sorbet

The main differences between the three are whether or not they are dairy-based and if they are what the ratio of cream to milk is as well as the time it takes to churn. Ice cream is churned with the standard ratio of milk, cream, sugar, and eggs while gelato is churned for longer with a bigger ratio of cream to milk. Sorbet has churned water and fruit juices while in the process of being frozen and is dairy-free. A further difference is that gelato is served warmer than ice cream and sorbet which contributes to its richness and dense texture.