Differences Between Yoghurt and Curds
By Marc Gordon - July 26, 2021

Yoghurts and curds (or cottage cheese) are both dairy products that are created by fermenting milk. However, the fermentation process differs between the two products. This article aims to illustrate those differences in process and explain how the final fermented products also differ. 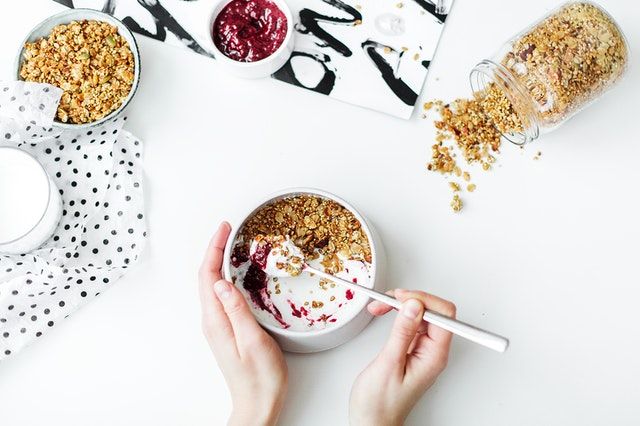 Yoghurt is a fermented milk product created by adding bacteria commonly called yoghurt cultures. The bacteria ferment the sugars in the milk to produce lactic acid which has a tangy or acidic taste. First, the milk is heated in order to kill off any other bacteria and then the milk is cooled. Once the milk is cooled, the bacteria is added (usually lactobacillus delbrueckii subspecies bulgaricus and Streptococcus salivarius subspecies thermophilus bacteria) though adding already prepared yoghurt can also work.

Curds (Cottage Cheese) is a fermented milk product created by allowing the milk to curdle. This can be done by adding edible acids into the milk, such as lime juice or kinds of vinegar. The substances will force the milk to curdle and separate into two parts. The solid part is called whey while the liquid part is called the curds. The curds are just the milk proteins (or casein) without any of the whey proteins usually present in milk. This same process can also be achieved without the acid when the old milk curdles, however, the milk might spoil without separating.