Karate and Judo are both martial arts originating in Japan, both require strict practice and have a strong emphasis on discipline, fitness, and self-defense. However, outside of the core values of these schools, they reflect very different understandings of practicing martial arts. 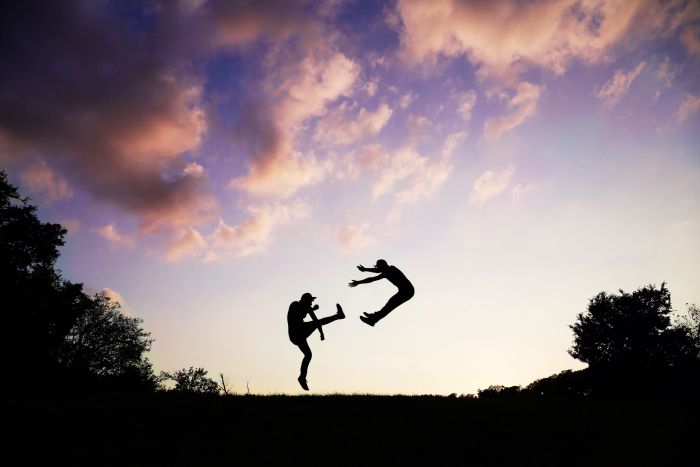 Karate translates to empty hand (“kara” meaning empty and “te” meaning hand). Developed in East Asia and turned into a discipline in Okinawa it was popularized in Japan in the 1920s. There are 4 main styles: Wado-Ryu, Shito-Ryu, Shotokan, and Goju-Ryu. Karate involves defensive blocking using the legs and arms and then counter striking. To use all of your body is considered the correct way to practice martial art. Karate is confrontational and direct and rewards boldness.

Judo was created in Japan and was developed in 1882 in Jigoro Kano. At first, Judo was only recognized as a sport and pastime but was acknowledged in the latter half of the 20th century as legitimate martial art. Those who practice Judo are called Judoka and wear Keikoga, the teachers are called Senseis. The objective is to take an opponent to the ground using grappling and throwing techniques. Many consider Judo a way of life beyond just a sport.

Karate and Judo are primarily different in that Karate is a hard martial art focusing on force and precision strikes while withstanding and blocking an opponent’s blows while Judo is a soft martial art with a focus on grappling and throwing an opponent, redirecting their energy and body to the ground. As such their cultures reflect this difference, with Karate being about strength and using power and Judo revolving around redirecting power and creating submission through immobility.